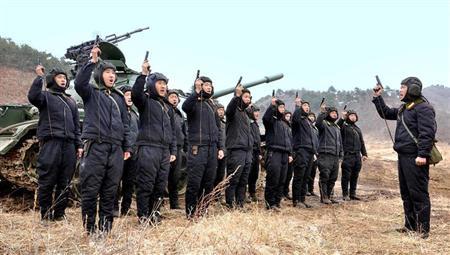 North Korea’s supreme military command said on Thursday its “precision attack” weapons have U.S. navy bases in Guam and Okinawa in their sights and will attack them if it is provoked.

“The United States is advised not to forget that our precision target tools have within their range the Anderson Air Force base on Guam where the B-52 takes off, as well as the Japanese mainland where nuclear powered submarines are deployed and the navy bases on Okinawa,” the North Korean command spokesman was quoted by KCNA news agency.

This entry was posted in Editorial, War and tagged North Korea. Bookmark the permalink.