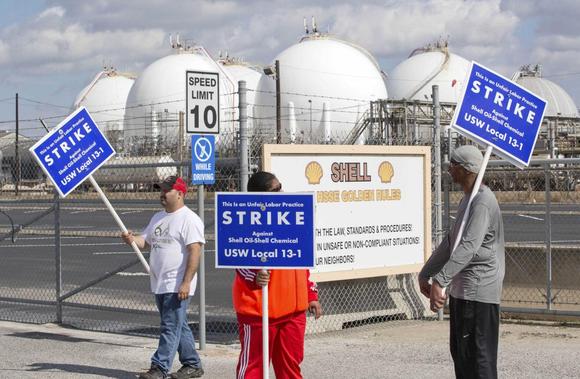 A total of 6,550 USW members are on strike at 15 plants, including 12 refineries accounting for one-fifth of U.S. capacity. Union members work at more than 200 oil terminals, pipelines, refineries and chemical plants in the U.S.

The USW has said it is seeking to retain safety provisions from previous contracts and tighten fatigue standards for workers, as well as win back daily maintenance jobs now done by non-union contractors.

“(The strike spreading) depends on what happens in the next round of negotiations and that those negotiations resume fairly quickly,” Gerard in a telephone news conference from Atlanta.

Gerard, who is attending the AFL-CIO winter conference in Atlanta, said no date has been set for resuming negotiations.

This entry was posted in Domestic Enemies, Editorial and tagged Leo Gerald. Bookmark the permalink.