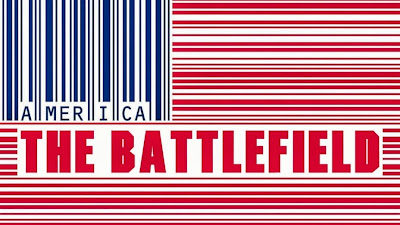 The revolutionary development of modern weapons within a world divided by serious ideological differences has produced a crisis in human history. In order to overcome the danger of nuclear war now confronting mankind, the United States has introduced at the Sixteenth General Assembly of the United Nations a Program for General and Complete Disarmament in a Peaceful World.

This new program provides for the progressive reduction of the war-making capabilities of nations and the simultaneous strengthening of international institutions to settle disputes and maintain the peace. It sets forth a series of comprehensive measures which can and should be taken in order to bring about a world in which there will be freedom from war and security for all states. It is based on three principles deemed essential to the achievement of practical progress in the disarmament field:

First, there must be immediate disarmament action:

A strenuous and uninterrupted effort must be made toward the goal of general and complete disarmament; at the same time, it is important that specific measures be put into effect as soon as possible.

Second, all disarmament obligations must be subject to effective international controls:

The control organization must have the manpower, facilities, and effectiveness to assure that limitations or reductions take place as agreed. It must also be able to certify to all states that retained forces and armaments do not exceed those permitted at any stage of the disarmament process.

There is an inseparable relationship between the scaling down of national armaments on the one hand and the building up of international peace-keeping machinery and institutions on the other. Nations are unlikely to shed their means of self-protection in the absence of alternative ways to safeguard their legitimate interests. This can only be achieved through the progressive strengthening of international institutions under the United Nations and by creating a United Nations Peace Force to enforce the peace as the disarmament process proceeds.

There follows a summary of the principal provisions of the United States Program for General and Complete Disarmament in a Peaceful World. The full text of the program is contained in an appendix to this pamphlet.
More…