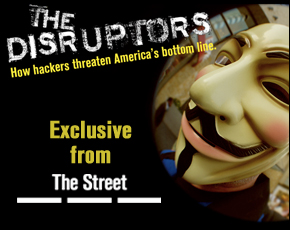 The much anticipated (by occupiers) attack on the NYSE from Anonymous was only able to impact traffic for two minutes in today’s trading. Trading was not affected and the “war” seemed to have been only a brief skirmish.

The Chicago Tribune said NYSE.com was sluggish and eventually unavailable between 3.35 p.m. and 3:37 p.m. The report also noted confirmation from a NYSE spokesman that trading had not been impacted.