Common Core Is Taking Aim at the Souls of Our Children 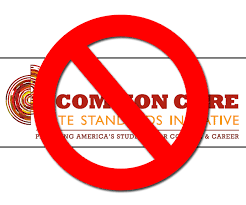 Once you control the curriculum in the schools, then you can dictate what students are supposed to think and feel, and how they are supposed to look at the world,” Moore continued. “So, unfortunately Arne Duncan and others have overplayed their hand, and they have used the wrong term in dismissing ‘suburban moms.’”

But a grassroots movement is rising up at the state level to oppose the standards.

“This is a political issue, and the thing these folks need to understand is that ‘suburban moms’ — first of all, they vote,” he said. “And, secondly, there’s nothing that they consider greater and more precious than the souls of their kids. And when they see that those souls are being damaged by the rubbish that’s being put forth in these schools, they get upset and then they start organizing. And then they start asking questions, questions that most state senators and state legislators can’t answer. And when they don’t have those answers, then they get primaried and they get thrown out of office.”

Moore, who has run a classical school for seven years in Colorado, also explained why Common Core has been implemented so quickly.