Do You Know What Obama Is Giving the United States for Christmas? 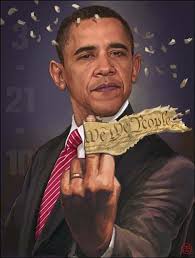 When the debt ceiling is reached, Obama has been authorized by the August debt ceiling agreement to sign a new debt ceiling increase of $1.5 trillion. Although this raise is subject to a vote of disapproval by Congress, we should expect the same results as what the people saw from the Super Committee.

Without an outcry from the American public, Congress will not address this new debt ceiling and they will return home to enjoy their Christmas vacations. The next debt ceiling limit will be reached in March 2012.

My Christmas wish list is relatively short but the price is extremely high: freedom.