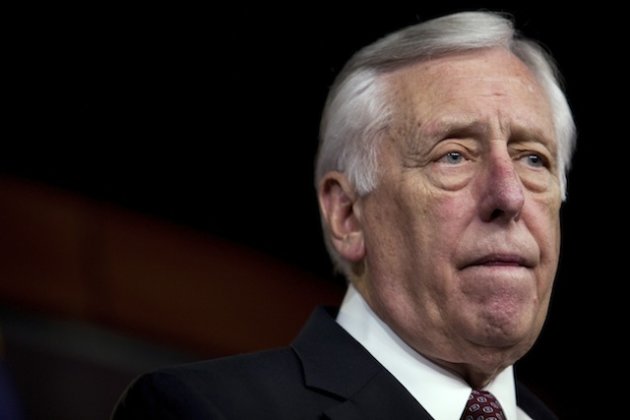 Taking money at the point of a gun or through legislation without representation, the result is still the same: theft. The taxes that we pay to be redistributed, to purchase ammunition or to line the pockets of corrupt politicians will reach a new high this year. And this theft is still not enough. The borrowing of 35 cents for each dollar spent has a name: generational theft.

Look at the face above: it is one of too many domestic enemies destroying our nation.

“We’re not stealing anybody’s money,” Rep. Hoyer of Maryland told reporters during his weekly press briefing on Capitol Hill. “They send us to Congress to try to make a determination of how we can pool our resources as a nation and as a people to invest in making our country better.”

Hoyer was responding to comments Boehner, a Republican from Ohio, made Feb. 28 in opposing President Barack Obama’s call for higher taxes as part of a bill to replace sequestration. “How much more money do we want to steal from the American people to fund more government?” Boehner asked. “I’m for no more.”

Might I make a suggestion? Why don’t we begin to compile a list with photos of the ‘public enemies’ of the Republic? Name, photo, and accused crime (i.e. violation of the Constitution). They think they make us nervous by putting us on one or more of their ‘lists’. Why don’t we return the favor?