Doug Hagmann: The message was delivered, but was it received? 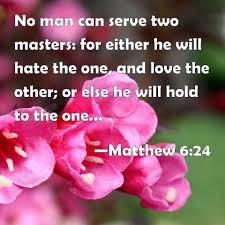 Following the vote to suspend the debt ceiling last Wednesday night, 48 year-old Dianne Reidy, a floor stenographer for the U.S. House of Representatives for the last 8 years, surprised everyone when she briefly but unexpectedly took over the microphone on the House floor at about 10:00 pm.

C-Span footage shows her calmly walking to the dais where she began making statements about God, the founding of the United States, our Constitution, and the influence that Freemasonry played in the founding of our country. She warned House members that they could not serve two masters and that God will not be mocked. Unsurprisingly, Mrs. Reidy was whisked from the dais and ultimately taken to George Washington University Hospital for “mental evaluation.” She was released after about two hours of evaluation.

The media, including nearly all conservative and even Christian reporters, columnists and pundits who even bothered to cover the story, portrayed Diane Reidy as someone who suffered a humiliating and very public mental breakdown. They used patronizing language and empathetic inflection usually reserved for the most fragile mental patients, attributing her actions to long hours and stress. They have not only dismissed the actions of Diane Reidy, but dismissed her message as well, even as they continue to decry the state of our nation.

Obviously, they did not pay attention to her message, nor did they listen to the interview of her husband by Rick Wiles of TruNews the next day. Mr. Reidy revealed critical details about events that led to her actions on the House floor, providing important context not just to her actions, but to the content of her message.

This entry was posted in Editorial, Religion and tagged Dianne Reidy. Bookmark the permalink.