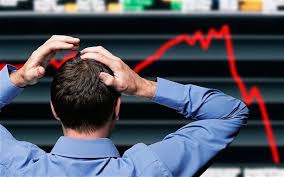 This past week may be remembered as the prelude to the economic collapse. Although the following information lists the highlights, the established media is starting to report on the true state of the economy. This should be a strong signal to people to start (or hopefully continue) contingency plans for their future. There are several points not addressed further but will impact our economy and should be considered:

a. The lack of news in the past week on the state of Obamacare. Specifically, the backend link from the government’s system to the insurance companies and how premiums will be processed.

b. The lack of news concerning the conflicts in Syria, North Korea, China/Japan, Iraq and the Central Africa Republic. Egypt and the Ukraine have overtaken this segment of the news.

c. The state of the Federal Reserve as the transition from Bernanke to Yellan occurs on February 1, 2014. What does this mean? Or did Bernanke get out at the right time?

1. The currencies in Venezuela, Argentina and Turkey collapsed this week.

One country’s currency collapsing should be major news.

3. The banking sector in China is collapsing.

Bank of America (and probably other US banks) have already made preparations for what is being called a “mega-default” from China Credit Trust Company of $496.2 million on January 31, 2014. Bank runs have already started in China and HSBC was limiting cash withdrawals unless you could provide a reason why you “needed” your money.

This means that our stores have a greatly reduced need to restock their inventories. Or the finances to stock their stores.

5. The retail Christmas results for 2013 were dismal.

Sears, J.C. Penney and Macy’s have announced store closings across the country.

6. Gold rebounded this week but the main story is the supply of physical gold.

Germany’s repatriation of gold is not meeting the promised schedules: a German legislator and a member of the governing coalition in the German Parliament, Philip Missfelder, is calling for repatriation of all of the German Bundesbank’s gold vaulted abroad now. Paper gold contracts are leveraged 100:1 against physical gold. Even the Federal Reserve must be jealous of this amount of manipulation. The Financial Times is recommending that everyone demand physical gold. Paper gold contracts are the new fiat currency.

7. The United States is out of money sooner than projected.

Once again, Congress must act to raise the debt ceiling. Giving an addict more drugs is never an effective means of rehabilitation. 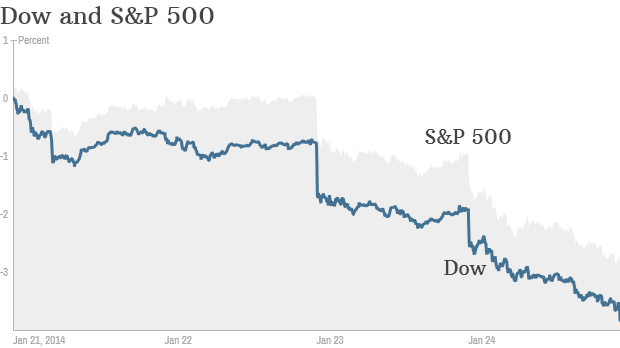 A major benchmark of 1806 for the S&P 500 was breached on January 24, 2014. The volume of the stock market is up and the Dow lost value at the end of the trading session. This means that program trades are dumping instead of stuffing corporate retirement funds without regard to the price of the stock.