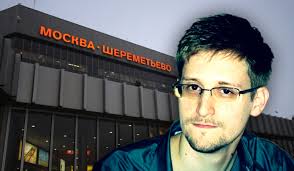 National Security Agency contractor Edward Snowden has applied to join a group of former Russian intelligence and security officials, according to the group’s director.

Participation in a union of former KGB security, intelligence, and police officials, would likely change Snowden’s status from that of a whistleblower seeking to expose wrongdoing, to an intelligence defector who has changed sides.

Alexei Lobarev, chairman of the group called “Veterans of the Siloviki”—literally “men of power”—told a Russian news outlet on Monday that Snowden, who has been staying in a Moscow airport transit lounge for a month, applied for membership in the group.

The state-run RIA Novosti news agency reported Wednesday that the Russian Federal Migration Service issued an official paper to Snowden that will allow him to leave the transit zone of Moscow’s Sheremetyevo airport as part of an agreement with the Border Guard Service.

Ariel Cohen, a Russia specialist with the Heritage Foundation, said joining the former KGB officers’ group would be a significant development in the Snowden affair.“It could be a spoof or a deliberate attempt to tarry the former NSA contractor,” Cohen said in an email. “However, if proven true, this puts Snowden squarely into the defector category. Whatever the whistleblower rhetoric—if indeed it is Snowden—the man is seeking to join a group whose livelihood was to spy on and harm, the United States. There is hardly a more anti-American group in Russia than ex-security officials. They would want nothing more than to coddle Snowden.”

This entry was posted in Editorial and tagged Bill Gertz, KGB, Snowden. Bookmark the permalink.