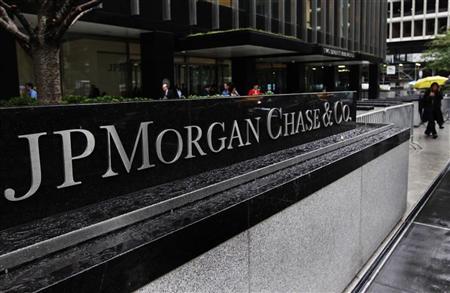 Ask Jamie Dimon if crime pays. MF Global, PFG Best, AIG and the Whale prove that it does if you are JP Morgan Chase & Co.

The company said it recorded a “modest loss” in the quarter on its so-called “London whale” derivatives portfolio, which had lost $5.8 billion this year through June. It said its Treasury and Chief Investment Office division, which formerly held all of the portfolio, may lose about $300 million more in the fourth quarter.

Revenue from mortgage production was $1.8 billion, up 36 percent from a year earlier, excluding losses for buying back bad mortgage loans sold in the past to investors.

U.S. banks have been enjoying a surge in demand from homeowners to refinance mortgage loans at lower interest rates.