Damn the Children, Full Speed Ahead with the Democrat Agenda 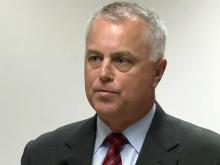 Voting has consequences and in the case of Wake County, the taxpayers once again are paying the price for political power. But even worse, the pawns in their “game” are our children. It will be interesting to see what kind of replacement will want to  come to work as the new superintendent under these circumstances. My vote for the new superintendent is the Rev. Barber. He will fit right in with the agenda of the new majority on the school board.

CARY, N.C. — In a vote along party lines, the Wake County Board of Education voted Tuesday afternoon to fire the school district’s superintendent, paying him approximately $250,000 in severance pay.

Tony Tata said he reluctantly entered into separation negotiations with the school board after a majority voted to dismiss him Monday afternoon.

“I am proud of all that we have accomplished as a school system in the last 20 months,” Tata said Tuesday after the board publicly finalized his termination. “We have so much more to do, and so much more that I wanted to do.”

Four Republican board members who voted to hire Tata nearly two years ago said they were disgusted by the move and blamed politics and board members carrying a grudge for the dismissal.

“I am fundamentally and 100 percent opposed,” said board member John Tedesco. “I think this is the wrong thing to do at the wrong time for the wrong reasons, and will send the wrong message across our entire district and have lasting implications.”

He added that the decision was the result of an “epic failure” of the board and is not a reflection of Tata.