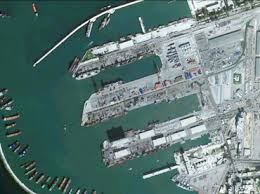 Although Obama is no Kennedy, Putin is no Khrushchev, and the Russians are not advancing their political agenda in this instance, the template is otherwise eerily similar. In 1962, Cuba was America’s “red line” as the Soviets were exporting their agenda to the West. Today, Syria is Russia’s “red line” that this administration is intent on crossing.  In Syria, the Mediterranean port of Tartus is the location of Russia’s only remaining naval base and sea port outside of their country. Accordingly, it is of significant strategic importance to Russia.

The port, as well as the stability of Syria is of critical security to Russia, not only from a defensive perspective, but also for the free flow of oil and gas to and from Russia. Turkey buys up to 80% of its natural gas from Russia, making that country Russia’s second largest client. Turkey’s role as an oil and energy supplier is predicated on the free flow of oil and gas from Russia and Iran. The status of relations are now being changed by external influences, namely the United States via the Obama-Muslim Brotherhood alliance and Saudi Arabia. Today, the Syrian Ambassador to Tehran stated that Turkey, in collusion with others, is attempting to revive the Ottoman Empire.

It is for this reason that Russia has upwards of 100,000 “advisors” in Syria. Despite their presence and warnings from Russia, we have been actively arming the anti-Assad rebels so that the Assad regime can be overthrown and replaced by a government sympathetic to the Muslim Brotherhood.

So many unanswered questions, yet few seem to be asking anything. Meanwhile, the entire Middle East has been set afire, a new Ottoman empire or Islamic Caliphate is being constructed, and the continued course of action by Obama will likely result in the crossing of the red line, quickly ushering in World War III.