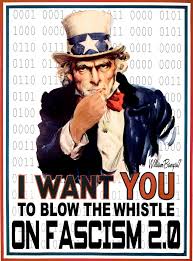 Let’s begin with these:

1) Why did you choose Hong Kong to go to and then tell them about US hacking on their research facilities and universities?

2) How many sets of the documents you disclosed did you make, and how many different people have them? If anything happens to you, do they still exist?

1) First, the US Government, just as they did with other whistleblowers, immediately and predictably destroyed any possibility of a fair trial at home, openly declaring me guilty of treason and that the disclosure of secret, criminal, and even unconstitutional acts is an unforgivable crime. That’s not justice, and it would be foolish to volunteer yourself to it if you can do more good outside of prison than in it.

Second, let’s be clear: I did not reveal any US operations against legitimate military targets. I pointed out where the NSA has hacked civilian infrastructure such as universities, hospitals, and private businesses because it is dangerous. These nakedly, aggressively criminal acts are wrong no matter the target. Not only that, when NSA makes a technical mistake during an exploitation operation, critical systems crash. Congress hasn’t declared war on the countries – the majority of them are our allies – but without asking for public permission, NSA is running network operations against them that affect millions of innocent people. And for what? So we can have secret access to a computer in a country we’re not even fighting? So we can potentially reveal a potential terrorist with the potential to kill fewer Americans than our own Police? No, the public needs to know the kinds of things a government does in its name, or the “consent of the governed” is meaningless.

2) All I can say right now is the US Government is not going to be able to cover this up by jailing or murdering me. Truth is coming, and it cannot be stopped.

This entry was posted in Editorial and tagged Edward Snowden, NSA, PRISM. Bookmark the permalink.