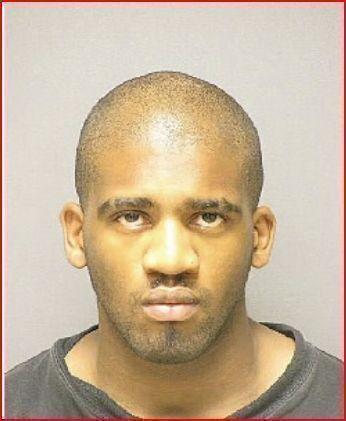 “ETHNIC CLEANSING IS THE POLICY, STRATEGY AND TACTICS THAT WILL AFFECT YOU, DIRECTLY OR INDIRECTLY IN THE COMING MONTHS” is part of a Facebook post by Alexander Kinyua.  He is charged with first degree murder as well as first and second degree assault against 37 year old Kujoe Bonsafo Agyei- Kodie.  He’s currently being held at the Harford County Detention Center awaiting an initial appearance before a judge.

Kinyua ate the heart and brain of his victim so I would expect insanity to be his defense.

Alexander Kinyua, a 21-year-old Morgan State University student, has been charged in the killing and dismemberment in Harford County of a 37-year-old man, and while not much was immediately known about the circumstances of the crime, Kinyua’s online trail points to a troubled young man.

Just five days ago on a Kenyan website, a post from his parents showed that he had been arrested following what they described as a fight in his dormitory room:

“Our son, Alexander Kimanthi Kinyua, was arrested on Saturday, May 19th, for being involved in a fight in his dormitory room at Morgan State University. The charge against him is “1st Degree Assault and Excessive Endangerment of Life”. His bail has been set for US $220,000.00. In order to get him the best defense possible, we need to secure an attorney who will take his case and leave no stone unturned.”

Court records on the state’s Judiciary Case Search web site confirm the charges, and show Kinyua, who appears to have no prior record, was able to post bond on May 23rd and was released. Kinyua’s address is listed in the 500 block of Terrapin Terrace in Joppa, the same listed as the address for the slaying victim, Kujoe Bonsafo Agyei- Kodie.

The connection between the two men was not known Wednesday night. Late Wednesday, a man who answered a phone at the number listed told The Sun’s Kevin Rector that his parents, Antony and Beatrice Kinyua, were “resting,” and that the family did not wish to speak to the media without an attorney present.

In the days prior to the arrest, he had posted several strange messages on his Facebook page, in all capital letters. In two of the posts, he uploaded “QR Codes,” those bar code images that lead you to a web page when you hover a smart phone over them. They both led to the following message:

“PROJECT CRACK CODE COUNTERING THE DESTRUCTION OF THE HUMAN FAMILY SPREAD THE MESSAGE OF CREATION SUPPORT CRACK TEAM STAY TUNED FOR MORE INFORMATION ON SURVIVAL OF THE HUMAN FAMILY.” “WHAT STRATEGY & METHODS TO COUNTER THE DESTRUCTION (CO-DE) OF THE BLACK FAMILY???” he asked in an accompanying message. “ALL IDEAS, SUGGESTIONS, COMMENTS, ETC. WILL BE APPRECIATED FOR PROJECT CRACK THE CODE.”

In another, he wrote about campus shootings and “death cults”:

“HEAR ME OUT HBCU’ERS: ARE YOU STRONG ENOUGH TO ENDURE RITUAL HBCU MASS HUMAN SACRIFICES AROUND THE COUNTRY AND STILL BE ABLE TO FUNCTION AS HUMAN BEINGS? IT’S BEEN ALL TOO TRAGIC WITH THE DUAL UNIVERSITY SHOOTINGS AT VIRGINIA TECH, AND OTHER PAST UNIVERSITY KILLINGS ACROSS THE COUNTRY. NOW FOR A TWIST: ETHNIC CLEANSING IS THE POLICY, STRATEGY AND TACTICS THAT WILL AFFECT YOU, DIRECTLY OR INDIRECTLY IN THE COMING MONTHS. THIS IS THE BRUTAL BASIS, AN EVIL & TERRIFYING METHOD OF THIS DEATH CULTS.”

The message ends up with a poll with no discernible connection to the statement. Another post was simply the image of the Predator from the films of the same name. His profile picture is an image of Richard Ansdell’s 1861 painting, “The Hunted Slaves,” showing two runaway slaves facing dogs that have been set on them.

Prior to that, Kinyua appeared to be a happy college student. Photo galleries tagged by Kinyua show him smiling and having fun in September 2011 at a campus student organization event, where he shows off a jacket for the National Society of Pershing Rifles, which according to its website is a fraternity for students in Reserve Office Training Corps programs.