Fears Rising, Spaniards Pull Out Their Cash and Get Out of Spain

Posted on September 4, 2012 by DRenegade 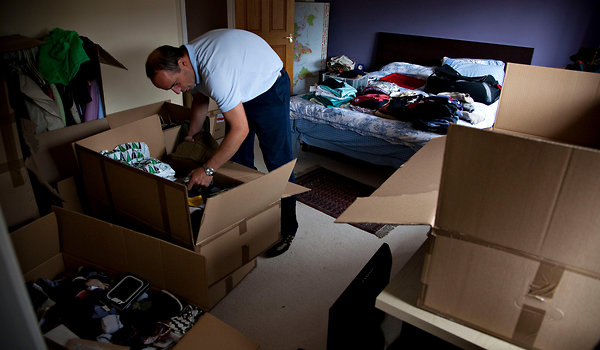 It is, Julio Vildosola concedes, a very big bet.

After working six years as a senior executive for a multinational payroll-processing company in Barcelona, Spain, Mr. Vildosola is cutting his professional and financial ties with his troubled homeland. He has moved his family to a village near Cambridge, England, where he will take the reins at a small software company, and he has transferred his savings from Spanish banks to British banks.

“The macro situation in Spain is getting worse and worse,” Mr. Vildosola, 38, said last week just hours before boarding a plane to London with his wife and two small children. “There is just too much risk. Spain is going to be next after Greece, and I just don’t want to end up holding devalued pesetas.”

Mr. Vildosola is among many who worry that Spain’s economic tailspin could eventually force the country’s withdrawal from the euro and a return to its former currency, the peseta. That dire outcome is still considered a long shot, even if Spain might eventually require a Greek-style bailout. But there is no doubt that many of those in a position to do so are taking their money — and in some cases themselves — out of Spain.

In July, Spaniards withdrew a record 75 billion euros, or $94 billion, from their banks — an amount equal to 7 percent of the country’s overall economic output — as doubts grew about the durability of Spain’s financial system.