From the Daily Kos: 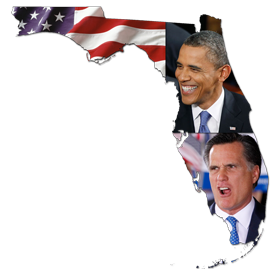 Bill Internicola was born in Brooklyn 91 years ago. He fought in World War II in the Battle of the Bulge, and his war service earned him a Bronze Star. And this happened to him.

Three weeks ago, Bill received a letter from Broward County Florida stating “[Y]ou are not a U.S. Citizen” and therefore, ineligible to vote. He was given the option of requesting “a hearing with the Supervisor of Elections, for the purpose of providing proof that you are a United States citizens” or forfeit his right to vote.

The above example is typical of the media: find someone to make your case that fits your agenda instead of the facts. Every citizen of the united States should be allowed to vote. Without restriction or duress. However, voter fraud is rampant in this country. There is no difference if I am not allowed to vote or if I vote once but someone else votes twice. The Democrats want the status quo to steal elections and the Republicans want it for a campaign issue. I want justice and the rule of law: it appears that neither political party agrees with my sentiment.

And yes I meant “united States”.

The Justice Department told Florida election officials that they must stop their non-citizen voters purge. Florida argues it is not violating any law.

The Justice Department ordered Florida’s elections division to halt a systematic effort to find and purge the state’s voter rolls of noncitizen voters.

State officials said they were reviewing the letter. But they indicated they might fight DOJ over its interpretation of federal law and expressed frustration that President Barack Obama’s administration has stonewalled the state’s noncitizen voter hunt for nine months.

“We are firmly committed to doing the right thing and preventing ineligible voters from being able to cast a ballot,” said Chris Cate, spokesman for Secretary of State Ken Detzner, who was ordered by Gov. Rick Scott to conduct the search for potentially ineligible voters.

DOJ’s written demand came hours after the agency refused to comment on the matter to The Miami Herald. It also followed a federal court ruling Thursday that struck down a Republican voter-registration law that a judge found too onerous.

Independent voters and Democrats are the most likely to face being purged from the rolls. Republicans and non-Hispanic whites are the least likely.

Under the Voting Rights Act, Florida needs federal approval before it makes changes to voting because five Florida counties – Monroe, Hillsborough, Collier, Hardee and Hendry – had minority-voting troubles decades ago

“Our records do not reflect that these changes affecting voting have been submitted to the United States District Court for the District of Columbia for judicial review or to the Attorney General for administrative review as required by Section 5 of the Voting Rights Act,” Herren wrote.