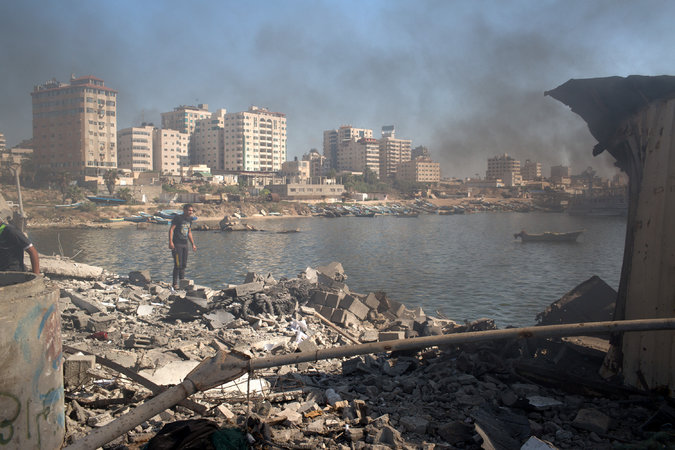 A senior Israeli military official said Wednesday the likelihood of a ground invasion of the Gaza Strip was “very high,” and that “if you want to efficiently fight terrorism you must be present, boots on the ground.”

The official, who has been briefing Israeli ministers who make strategic decisions, said his assessment was based on “the signals I get” and the diminishing returns of aerial bombardment after nine days. He said an Israeli takeover of Gaza is “not a huge challenge,” estimating it would take “a matter of days or weeks,” but that preventing a more dangerous devolution in the coastal enclave would require an occupation “of many months.”

“Every day that passes makes the possibility more evident,” the official told a handful of international journalists in a briefing at the military’s Tel Aviv headquarters. “We can hurt them very hard from the air but not get rid of them.” He spoke on the condition of anonymity under military protocol.

This entry was posted in Editorial, Religion and tagged Gaza. Bookmark the permalink.