How Badly Do You Want to Believe? 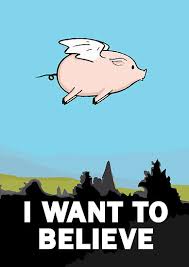 The story on Forbes concerning ” that China’s commercial banks had been instructed by the PBOC to halt cash transfers” was debunked on Zerohedge. Why did this story gain traction and spread quickly across the Internet?

1. The story was on Forbes. This is a respected news source and people expect it to have validated the information prior to publishing.

2. People want to believe. We live in very precarious times. The world’s economy will collapse. Whether it is quick, slow or just a global reset, sentient people understand that the debt is multiples of the entire worth of the planet.

I personally vet stories and hopefully have a good gut feeling after several years. My point is simple: do your own research.

Forbes Pulls Down China Hoax Story; Even As Dennis Gartman Is Completely Fooled

Earlier, we debunked an alarmist Forbes story about halted cash transfer by PBOC decree, which was erroneous along various lines all explained previously, not in the least that the actual announcement had first appeared some three weeks ago. And despite the kneejerk reaction of some of our more fatalist readers and not to mention the general public, the reality is that China has more than enough real problems (Trust Equals Gold being at the forefront) and certainly does not need to add imaginary, made up ones, conceived only with the intention of generating conflated ad revenues through click-baiting headlines. Which is why we commend Forbes for, better late than never, pulling the story even without providing an explanation of how this story appeared in the first place. Because where the article once was, there is only a 4-0-Forbes now:

This entry was posted in Editorial, Financial and tagged Forbes. Bookmark the permalink.