Is There No End? 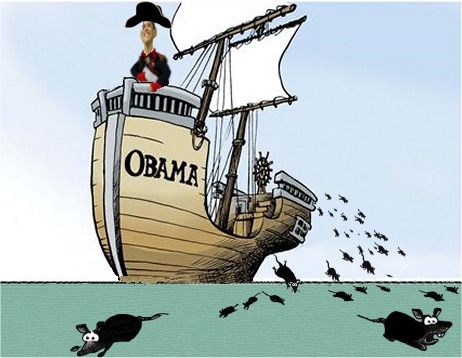 In yet another revelation concerning the events in Benghazi, the United States’ intelligence community watched the attack on our ambassador and three other Americans as they unfolded real time via a drone above the consulate and safe house. And the incredible response was: nothing. The president went to bed and no reinforcements were sent in for support: even though there were forces available from three separate local bases.

What is now apparent is that there is no end to this tragedy and its subsequent cover up. What is also apparent is that someone (or more than one) is feeding Glenn Beck information on the actions of this administration. His “intuition” and “conclusions” continue to be either prescient or the result of leaked information. In the meantime, the man responsible for this assassinate is freely walking the streets of Libya.

It appears that the rats are not only leaving the administration’s sinking ship, they are actually enabling its demise.

Looks like Christmas is coming early to America as this administration self destructs just before the election.

The United States had an unmanned Predator drone over its consulate in Benghazi during the attack that slaughtered four Americans — which should have led to a quicker military response, it was revealed yesterday.

Fighter jets and Specter AC-130 gunships — which could have been used to help disperse the bloodthirsty mob — were also stationed at three nearby bases, sources told the network.

Even as the administration continues to vow that the perpetrators will be brought to justice, the man identified by witnesses as a ringleader in the attack continues to walk the streets of Libya without fear of arrest.

1 Response to Is There No End?