Joe, Say It Ain’t So 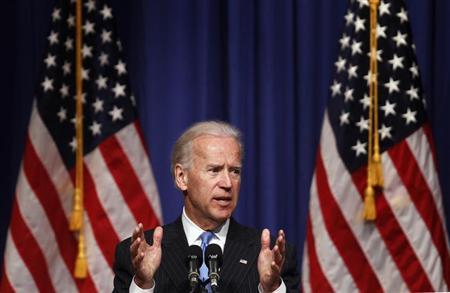 Biden hints at possibility of a presidential run in 2016

Vice President Joe Biden says he might run for president in 2016, and one of the factors he will consider in making his decision is whether he has as much energy then as he does now.

Biden, 70, gave his thoughts on the possibility of a race for the Democratic presidential nomination in an interview with GQ magazine.

Most Democrats have their eyes on former Secretary of State Hillary Clinton, watching to see if she launches a second run for the White House, and Biden’s comments reflected a view that he wants to be in the discussion as well.

“I can die a happy man never having been president of the United States of America,” Biden told GQ. “But it doesn’t mean I won’t run.”

This entry was posted in Editorial, Elections and tagged Joe Biden. Bookmark the permalink.