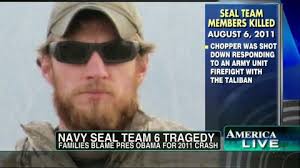 Judicial Watch announced today that on June 21, 2013, it filed a Freedom of Information Act (FOIA) lawsuit against the Central Intelligence Agency (CIA) seeking access to records identifying attendees at a June 24, 2011, awards ceremony for individuals involved in the search for and killing of Osama bin Laden. The lawsuit also seeks all records of communications from CIA employees regarding the attendance of “Zero Dark Thirty” filmmaker Mark Boal at the event. (Judicial Watch, Inc. v. Central Intelligence Agency (No. 1:13-cv-00945)).

By letter dated December 27, 2012, the CIA acknowledged having received Judicial Watch’s request on December 19, 2012. The letter stated that it was unlikely the CIA could respond to the request within 20 working days as required by law, adding, “You have the right to consider our honest appraisal as a denial of your request and you may appeal to the Agency Release Panel.” Because the statement was not an adverse determination within the meaning of the law, however, no administrative appeal was possible, therefore Judicial Watch filed the June 21, 2013, FOIA lawsuit.

Panetta also discussed classified information designated as “top secret” and “secret” during his presentation at the awards ceremony, according to a draft Pentagon inspector general’s report published Wednesday by the Project on Government Oversight.