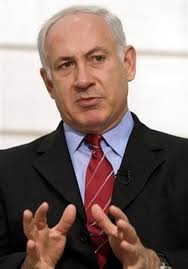 Lebanon committed a double war crime in its attack against Israel early Sunday morning by endangering innocent civilians on both sides of the border, Prime Minister Binyamin Netanyahu told the cabinet hours later as he explained that the IDF had strongly retaliated.

He added that he held both the Lebanese and Iranian governments responsible for the attack.

“What is happening in Lebanon is that Hezbollah is stationing thousands of missiles and rockets in apartments, in the heart of the civilian population, and is thus perpetrating two war crimes simultaneously. It is organizing the firing at civilians, just as it did today, and it is hiding behind civilians as human shields,” Netanyahu said.

It is the IDF’s policy to respond forcibly and quick to such attacks, Netanyahu said.

Prior to this attack:

This entry was posted in Editorial, Radical Islam, Religion and tagged Netanyahu, Rocket. Bookmark the permalink.