Obama told ISIS in advance that he was going to launch airstrikes in Syria. Was that a mistake? 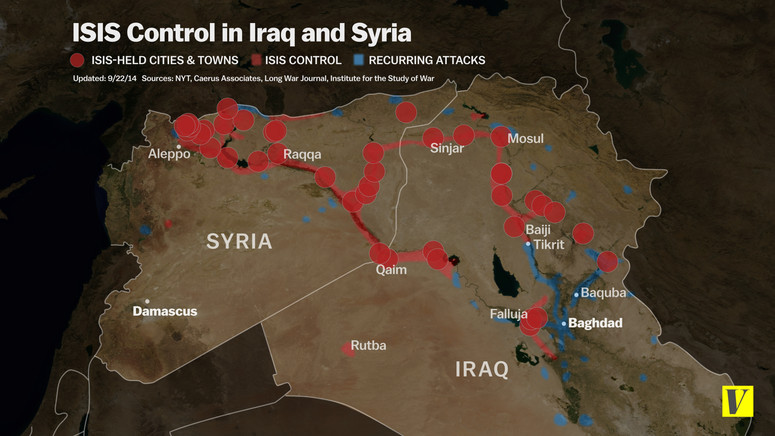 Unsurprisingly, it looks like ISIS took advantage of the advance warning in Obama’s speech. US warplanes bombed a number of targets in Raqqa, the sole Syrian province that ISIS controls in full, which ISIS seems to have been ready for. The Wall Street Journal’s Maria Abi-Habib, citing testimony from Raqqa residents, reported that ISIS “had also been preparing for the airstrikes, moving its top leadership and most sophisticated weapons from Raqqa.”

To make matters worse, airstrikes are comparatively easy to prepare for. The US can’t hit ISIS targets in densely populated areas without risking significant loss of civilian life, which would be moral and strategic disaster. Moving advanced weaponry and infantry units into cities and towns is an easy way to stay the US’s hand.

ISIS also could use the advance warning to, simply enough, make it hard for the US to find them. American airstrikes depend on good intelligence: one of the core reasons it took Obama months to escalate against ISIS in Iraq after the group’s shocking Iraq victories in June is that the US didn’t have good enough intelligence on ISIS positions to hit them accurately. Obama’s speech may well have given ISIS what it needed to survive this first round of bombing in a way that reduced their actual damage.

The pResident’s policy to bomb the military targets at night to minimize terrorist casualties should be the clue about what this “war” is really about. The fall of Falluja was last December: almost one year. Never let a crisis go to waste. Especially in an election year.

This entry was posted in Domestic Enemies, Editorial and tagged Obama. Bookmark the permalink.