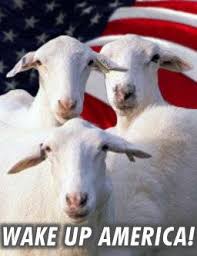 House Bill 351 is more commonly known as the Voter Photo ID bill. This legislation is long overdue but common sense has been overridden by political objectives of the Republican Party. The title of this legislation is “Restore Confidence in Government” but the process for this bill’s passage has only destroyed confidence in government.  As shown in the video below, the legislation was displaced two days before crossover. A new bill was drafted (see record here of this legislation) and approved before crossover with no further discussion or negotiations.

And that is the problem. The Republican Party drafted a piece of legislation in the middle of the night that was guaranteed to be vetoed and guaranteed not to be overridden in the House. So instead of passing legislation that would restore confidence in Government, we have the slickest campaign issue for next year’s election.

Click here for the midnight version of the legislation. Watch the video and then read the marching orders and form letters to be sent to the media as directed by the Republican Party.

We are at a precipice in this country. Will we accept the ends justifying the means? When will our elected “leaders” understand that they work for us? I believe that God’s path for us includes humility and I welcome the opportunity in this case to be proven wrong.

Wonderful to talk with so many of you earlier today! I truly appreciate your willingness to join with the Speaker and the GOP House majority in an effort to override the Governor’s veto of HB 351 (voter ID).

If you need anything from the Speaker’s Office, don’t hesistate to let me know. Additional
information regarding this effort is forthcoming.

Dodie Renfer
Director of Operations
Office of the Speaker

LETTER TO THE EDITOR
– EXAMPLE 1

I have followed the General Assembly session in Raleigh this year with mixed emotions. But when Gov. Bev Perdue vetoed the Voter ID bill on Thursday, she demonstrated partisan politics at its worst. Instead of putting aside the partisanship for a moment in favor of common sense, the Governor chose to ignore the will of over 75% of North Carolinians (Democrats, Republicans and Unaffiliated voters) who view presenting photo ID to vote as simple logic. To most citizens, it makes sense to implement the same requirements for exercising the right to vote as are in place for opening a bank account or even going to visit the Governor’s own office in Raleigh.

People moving to North Carolina from other states are amazed when they show up at the polls to vote the first time and find that there are absolutely no requirements in our state to prove your identity. At least 25 states require some form of identification to vote, from Michigan to Louisiana.

Voter ID is not about partisanship – it’s about restoring confidence in the electoral process and in government in general. We are asked to present our ID countless times a day: at the bank, for check or credit card transactions, to enter many office or government buildings, buy alcohol or cigarettes, rent a hotel room, or even get a library card. We do not blink at these requests – we understand that by showing ID for these transactions, we are helping to prevent fraud that costs us all. Most of these requirements to present ID are designed to prevent fraudulent transactions involving our money. Isn’t the integrity of our elections at least as important as the integrity of our checking account?

LETTER TO THE EDITOR
– EXAMPLE 2

Twenty-nine states in the U.S. require some type of identification for all voters. If you listened to the smoke and mirrors from liberal special interest groups and Governor Perdue, one might think that North Carolina is attempting to enact an extreme policy position. However, considering that half of the states in the U.S. already have similar policies on the books, the rhetoric from Governor Perdue does not match the facts.

As Governor Perdue issued her veto on the common-sense voter ID legislation, she stated, “requiring every voter to present a government-issued photo ID is not the way to” protect elections. Really Governor? What are you hiding? We, as voters, deserve a system that protects the integrity of our election. The Governor is playing politics instead of governing for the people.

We must show an ID to cash a check, to see a doctor, to attend a rated-R movie, to make a purchase using a credit card and a multitude of other daily activities, yet Governor Perdue and her liberal allies think guarding fraudulent movie watching is more important than fraudulent voting.

Seventy-five percent of North Carolinians support our voter ID requirements, yet Governor Perdue again has decided to put politics over the will of North Carolinians. This veto shows how out-of-touch Governor Perdue has become. Why is Governor Perdue scared of ensuring that a voter is who they say they are? According to the liberal special interest groups, showing a voter ID presents obstacles for North Carolinians to vote. However, this legislation enables voters to obtain free state-issued photo IDs to be used when voting. According to an editorial from N.C. Opinions, “when pressed, those who oppose this bill on these grounds cannot find any statistical evidence to show voter participation has fallen off in states that do require voter ID.”

Voter ID legislation is a common-sense safeguard for our election system. It provides integrity in the process and restores voter confidence in our elections. Sadly, North Carolinians’ confidence has been badly eroded under past leadership. I applaud Speaker Tillis in his efforts to override Governor Perdue’s veto of this common-sense legislation.

2 Responses to Restore Confidence in Government