Ron Paul’s delegates to have significant presence at Republican convention 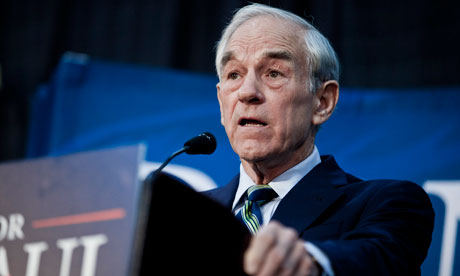 Paul campaign expects to place 500 supporters on the delegate floor at the Republican national convention in Tampa.

Texas congressman Ron Paul has claimed that he will have the support of some 500 delegates at the Republican national convention in Tampa this summer, and has vowed to make their presence felt.

Though the libertarian-leaning Paul has not won a single popular ballot in the 2012 Republican nomination process, his campaign has dedicated itself to a “delegate strategy” whereby supporters exploit arcane party rules to secure Tampa delegate slots, often in proportions far above the amount of people who actually voted for Paul.

Now Paul’s campaign has stated that the strategy has paid off to such a large extent that it will bring almost 200 delegates to Tampa who are so-called “bound” delegates – who can vote for Paul – and perhaps 300 others who are bound to vote for former Massachusetts governor Mitt Romney but are in fact Paul supporters.

“When it is all said and done, we will likely have as many as 500 supporters on the convention floor. That is just over 20 percent!” Paul said in an email to supporters. “And while this total is not enough to win the nomination, it puts us in a tremendous position to grow our movement and shape the future of the GOP,” he added.

Paul’s campaign has notched up some major successes with its delegate strategy. The campaign has said it expected to get 20 delegates from Maine out of a total of 24, and in Nevada it has claimed its supporters now accounted for 22 of 28 delegates being sent to Tampa. Paul won neither state’s caucus vote.

But in some states the strategy has caused major problems. In Louisiana, tensions between the Paul and Romney camps spilled over into a public dispute last weekend that saw duelling state conventions in the city of Shreveport being held in the same room. Police were eventually called amid physical scuffles.