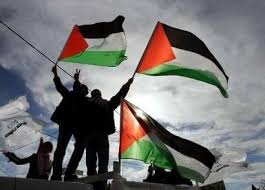 Spain is advocating the recognition of a Palestinian state as part of a meeting of EU foreign ministers on September 2, 2011. Although peace in the Middle East has been a goal for over 2000 years, every political leader (especially American) hopes to be the “One” who will capture this holy grail to end this perpetual war. Although no state of Palestine has ever existed, the politically correct feel this appeasement is the quickest way to achieving peace.

The position by Mr. Jimenez from Spain is reminiscent of Neville Chamberlain toward Germany in the years preceding World War II. Since most Palestinians in the West Bank do not want a Palestinian state, we have to ask who the world is trying to appease. A Palestinian state in the Gaza strip under the control of Hamas would be a blow to Israel’s security, peace in the Middle East and cause a shift of power in the Eurasian continents towards Iran and a Caliphate.

The position of the United States towards the Middle East has been revised under the current administration. Obama has alienated Israel and accepted the Muslim Brotherhood as the de facto political power in the Middle East. Although our nation was founded on Judeo-Christian principles, our shift to Socialism is now including a shift to Islam as our president’s Muslim background is ignored by the media and politicians. Al Gore has even called for an Arab Spring in the United States. As Sharia law is spreading through the cities which are in decline such as Detroit, we will see if Americans can restore their courage in the upcoming months.

Spain hopes a meeting of European Union foreign ministers on September 2 will
bring progress toward the recognition of a Palestinian state, Minister of
Foreign Affairs Trinidad Jimenez said.

“There’s the feeling that now is the time to do something, to give the
Palestinians the hope that a state could become reality,” she said in an
interview with El Pais newspaper published on Sunday.

“We have to give them some signal, because if we don’t it could generate
great frustration for the Palestinian people.”

The meeting of EU foreign ministers in Sopot, Poland comes ahead of a United
Nations General Assembly meeting later in September where President Mahmoud
Abbas is seeking to upgrade the Palestinians’ status, but is unlikely to emerge
with full U.N. membership for his country.

More likely is an upgrade of the Palestinian territories to become a
non-member state from its current status as an observer. That would not need
Security Council approval and would elevate the Palestinians’ U.N. status to
equal that of the Vatican.

This entry was posted in Editorial and tagged Israel, NC Renegade, Palestine. Bookmark the permalink.