“The battlefield is the United States of America” 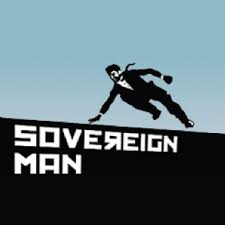 When you’ve got a guy like Senator John McCain who says “The battlefield is the United States of America,” it tells you that almost nothing is safe in the Land of the Free.

Whatever remains of civil liberties is going to feel the full brunt of the state’s boot heel.

They’re already regulating some of the most fundamental aspects of life, from how we are allowed to educate our children to what we can / cannot put in our bodies to the very nature of money.

Retirement funds have proven to be an easy, tempting target. A number of countries including Argentina, Ireland, and Hungary have appropriated private pensions. Even the US government temporarily dipped into federal employee pensions.

This entry was posted in Editorial, Financial and tagged Sovereign Man. Bookmark the permalink.

1 Response to “The battlefield is the United States of America”