The Internet Is Now Weaponized, And You Are The Target 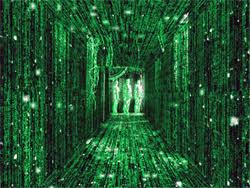 By now, thanks to Edward Snowden, it is common knowledge and not just conspiracy theory, that every bit of information sent out into the wired or wireless ether is scanned, probed, intercepted and ultimately recorded by the NSA and subsequently all such information is and can be used against any US citizen without a court of law (because the president’s pet secret NISA “court” is anything but). Sadly, in a country in which courtesy of peak social networking, exhibitionism has become an art form, the vast majority of Americans not only could not care less about Snowden’s sacrificial revelations, but in fact are delighted the at least someone, somewhere cares about that photo of last night’s dinner. However, it turns out that far from being a passive listener and recorder, the NSA is quite an active participant in using the internet. The weaponized internet.

Because as Wired reports, “The internet backbone — the infrastructure of networks upon which internet traffic travels — went from being a passive infrastructure for communication to an active weapon for attacks.” And the primary benefactor: the NSA – General Keith Alexander massive secret army – which has now been unleashed against enemies foreign, but mostly domestic.

According to revelations about the QUANTUM program, the NSA can “shoot” (their words) an exploit at any target it desires as his or her traffic passes across the backbone. It appears that the NSA and GCHQ were the first to turn the internet backbone into a weapon; absent Snowdens of their own, other countries may do the same and then say, “It wasn’t us. And even if it was, you started it.”

If the NSA can hack Petrobras, the Russians can justify attacking Exxon/Mobil. If GCHQ can hack Belgacom to enable covert wiretaps, France can do the same to AT&T. If the Canadians target the Brazilian Ministry of Mines and Energy, the Chinese can target the U.S. Department of the Interior. We now live in a world where, if we are lucky, our attackers may be every country our traffic passes through except our own.

Which means the rest of us — and especially any company or individual whose operations are economically or politically significant — are now targets. All cleartext traffic is not just information being sent from sender to receiver, but is a possible attack vector.