This Was An April Fool’s Joke – Right? 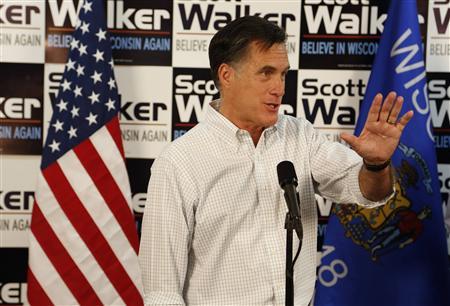 This has to be an April’s Fools joke. The vice president and secretary of state of the United States siding with Russia over Mitt Romney’s position on foreign policy? They are criticizing his lack of foreign relations’ experience when they are part of the worst administration in our nation’s history on foreign and economic policy.  Unfortunately, this joke is a bad dream that seems to be never ending.

Top Obama aides hit back at Romney over Russia

Republican presidential candidate Mitt Romney on Sunday came under political fire from two of President Barack Obama’s top lieutenants, who dismissed Romney’s tough talk on Russia as being behind the times.

In separate interviews, Vice President Joe Biden and Secretary of State Hillary Clinton sought to cast Romney as stuck in the days of the Cold War and unaware of the strategic interests that the United States and Russia share on Iran, Afghanistan and the world’s oil supply.

The two were hitting back at Romney for criticizing Obama last week after the Democratic president assured Russian President Dmitry Medvedev that he would have “more flexibility” to deal with the contentious issue of missile defense after the November 6 general election in the United States.

Republicans seeking to oust Obama from the White House in November pounced on his comments, which had been caught inadvertently by an open microphone. Romney expressed alarm that Obama had offered assurances to Russia, which he called “our number one geopolitical foe.”

The former Massachusetts governor has increasingly trained his attacks on Obama while seeking to establish himself as the Republican candidate most likely candidate for the party’s nomination to challenge the president in November.

“He acts like he thinks the Cold War is still on, Russia is still our major adversary. I don’t know where he has been,” Biden shot back during a Sunday interview on the CBS current affairs program “Face the Nation.”

“This is not 1956,” Biden added. “We have disagreements with Russia, but they’re united with us on Iran. One of only two ways we’re getting material into Afghanistan to our troops is through Russia … if there is an oil shutdown in any way in the Gulf, they’ll consider increasing oil supplies to Europe.”