Trump May Nominate Obama for the Supreme Court 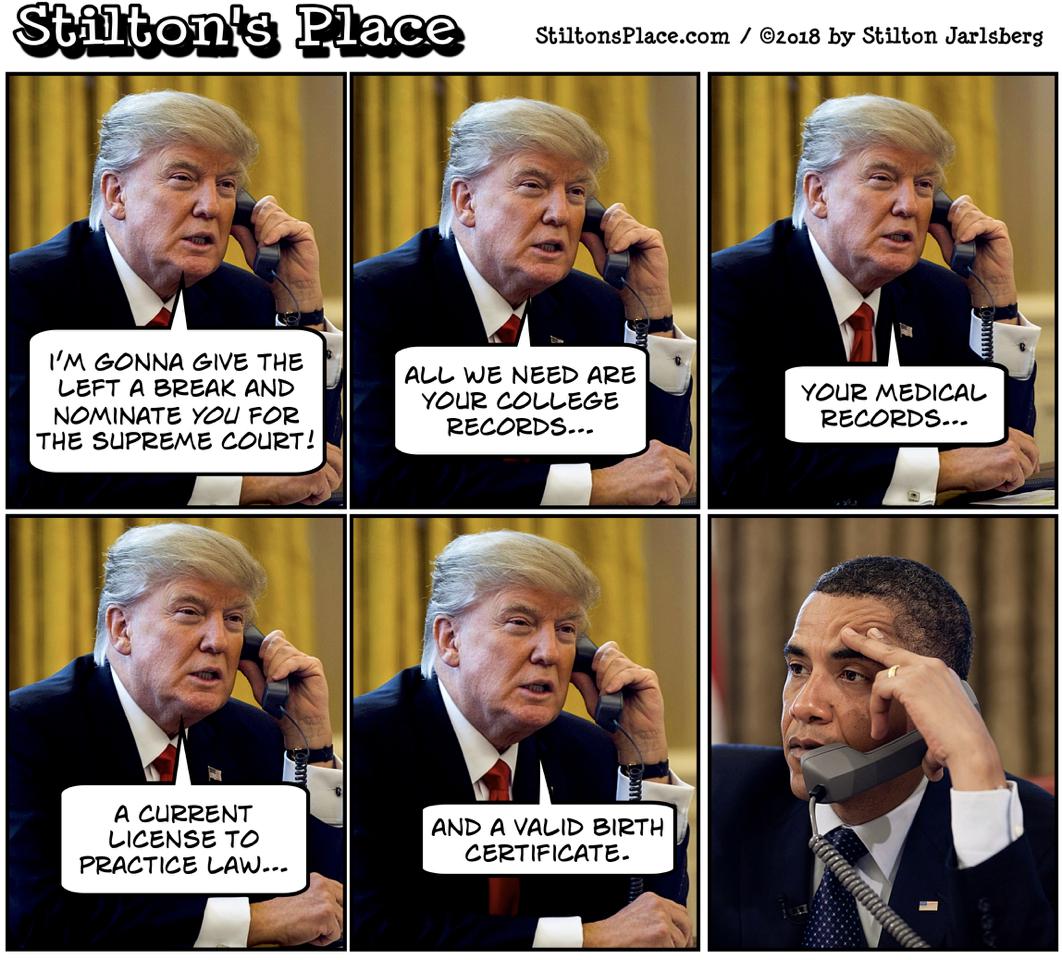 It’s a glorious time to be alive.

Supreme Court Justice Anthony Kennedy is stepping down, meaning that Donald Trump gets to pick another Supreme Court nominee, and those on the Left are having a white-hot thermonuclear meltdown which is more spectacular and beautiful to witness than any sunset…especially since this likely does represent the sun setting on many of their most beloved violations of the Constitution.

Many progressives are especially bereft of hope because, judging on their social media posts, they actually believe that all laws come from the Supreme Court rather than being created by our elected officials (including the ones the Left has been claiming were heading our way in a tsunami-sized “blue wave” in November).