Where are the men of America? 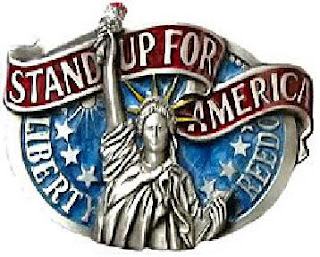 What will it take for Americans to understand how perilously close we are to permanently losing our country and way of life? Where are the real men and where is the real American spirit? As a patriotic American who believes in the rights bestowed from our Creator and enumerated by our Constitution and Bill of Rights, I am calling on all men to take a stand and hold our elected officials accountable for their direct assault on our Constitution or their complicity in the same.

If that makes me a “domestic extremist” by definition of “Big Sis” Janet Napolitano and the DHS, I enthusiastically embrace that description.

The consequences of not fulfilling our duties as men, as Americans, and as protectors of our families and country will be more severe than anyone appears able to comprehend. The parallels between Nazi Germany under Hitler to present day America are frighteningly real, yet few men in America appear to be concerned.

If we fail to take a stand now, what makes anyone think we will have that ability in the immediate future? If it is us who fail to act, what can we expect from a generation brainwashed by revisionist history and influenced by the progressive media?

Under Hitler, freedoms and individual liberties were repressed, and all but the elite were dehumanized through totalitarian measures employed by a “Big Brother” police state.  Socialism and social programs replaced individual choice and God and religious values were removed from public life. Individual liberty became lost amid the chaos of war and leadership.

If that sounds familiar, it should.

How can a real man stand idly by at an airport and allow his wife and children to be physically and legally violated? I’ve heard many explanations for our collective acquiescence to the TSA version of the “full girlfriend experience,” but they are nothing but poor excuses.

If one flyer refuses to be violated before being allowed to fly, they will be “handled” by the TSA. If two, three or even four stood together, there would be a dust-up, likely to be reported by the progressive media as a few malcontents throwing a monkey wrench into an otherwise effective system of security. But if everyone said “no more, not now, not ever” and stood together in support of their rights, what would happen?

We saw what would happen two years ago during the “opt-out” protest at airports across the U.S. The TSA stood down, albeit briefly, and the travelers were allowed to proceed with their rights and dignity intact. The agents of Nazification were unprepared to handle the unity of the people. Yet, despite this curtailment of invasive measures that violate our constitutional rights, the skies were free from terror incidents.

The answer here is clear. We all need to stand together, to do this again, and continue permanently until our rights and our dignity is restored. Real men must rise to the challenge, regain the American spirit and take control over themselves, their families and their rights. Like schoolyard bullies, history has shown that the power elite are afraid of the people determined to restore our republic.

Under Hitler, entitlements exploded to budget-breaking levels, where the fiscal irresponsibility was masked only by the dogs of war.  Entitlements under Obama, signed off by the Tea Party backed lawmakers, have increased exponentially. Listen and you will hear the war drums beating once again.

The price of entitlements is high: it is an exchange for freedom and liberty. Individually and as a country, we have been betrayed by our elected officials. Nearly all of them.

We need real men to stand up and say “no more.” No more police state, no more touching my son, wife, daughter, mother or anyone under the sham of security, no more crony capitalism, and no more tolerance of the agenda that is enslaving us.” We must make it clear that we will no longer tolerate tyranny, fiscal irresponsibility, or fear brought on by illegal and unconstitutional government intrusion.

In the words of Thomas Jefferson, “resistance to tyranny is obedience to God.” If the social and fiscal conservatives, the Tea Party and other groups cannot or will not stand up to all tyranny, then move aside as real men must. Then, and only then, will the tyrants stand down.

I’m sorry -- but while I agree with the lofty rhetoric, I see no “action items” other than standing up to the TSA. Is there a website somewhere, that we are supposed to go to, to see the plan of action? Is the author requesting us to form our own plan of action, or what? Many people are trying to use the political process to set things right. Others are preparing for the tough times ahead of us… what else does this author think we should do? As much as I dislike Federal Government intervention in ANY of our business, I dislike someone with a bomb on an airplane even more!! The answer is just don’t fly!