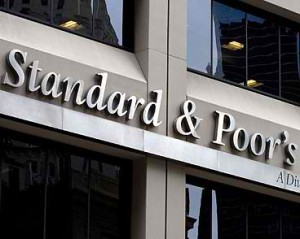 The following video from Standard & Poor’s explains their position for downgrading the United States’ credit rating within the next 90 days.

Keep in mind that they expect the debt ceiling to be raised and this is not a factor in their downgrade analysis. They want to see a stabilization of debt to GDP ratio. If the debt ceiling is not raised, they will downgrade the credit rating sooner. They also expect a default to be “a low probability event”.

Their recommendation for a “fiscal adjustment” necessary to achieve the stabilization of debt to GDP ratio to maintain our triple A rating is $4 trillion in cuts that are verifiable and over a ten year period. Given a current debt of $130 trillion, I would have expected larger cuts. This $4 trillion cut must be the goal of any plan that Congress approves.

The 2011 budget for the departments of Housing, Energy and Education is $122.55 billion. If we assume an inflation rate of 5% for each of their budgets, eliminating these three departments which have failed in their stated goals, would save $1.54 trillion over ten years. It really is that simple to start cutting the head off of the beast in Washington.