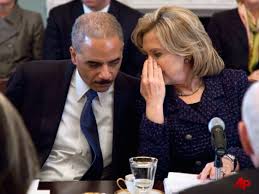 Attorney General Eric Holder said Monday the US was sending FBI agents to trace the girls as grief-stricken families took to the streets in protest over the inaction of the Nigerian government and military to find the 276 girls kidnapped from a NE Nigerian village of Chibok on April 14. In a video released Monday, Islamist Boko Haram leader Abubakar Shekau described the girls as “slaves.”  He said: “I abducted your girls. I will send them in the market, by Allah.” Some of the girls were reported last week to have been forced to marry their abductors, who paid a nominal bride price of $12. Others were said to have been carried into neighboring Cameroon and Chad. These reports were not verified.

Nigerian police said 53 girls had escaped. President Barack Obama has been briefed several times on what the White House calls “an outrage and terrible tragedy.”

Here is the official mission statement for the FBI:

The FBI’s national security mission is to lead and coordinate intelligence efforts that drive actions to protect the United States.

Our goal is to develop a comprehensive understanding of the threats and penetrate national and transnational networks that have a desire and capability to harm us. Such networks include: terrorist organizations, foreign intelligence services, those that seek to proliferate weapons of mass destruction, and criminal enterprises.

In order to be successful, we must understand the threat, continue to integrate our intelligence and law enforcement capabilities in every FBI operational program, and continue to expand our contribution to the Intelligence Community knowledge base.

Because national security and criminal threats are often intertwined, our ability to integrate intelligence and investigations makes us uniquely situated to address our nation’s threats and vulnerabilities.

This entry was posted in Editorial, Radical Islam and tagged Boko Haram. Bookmark the permalink.