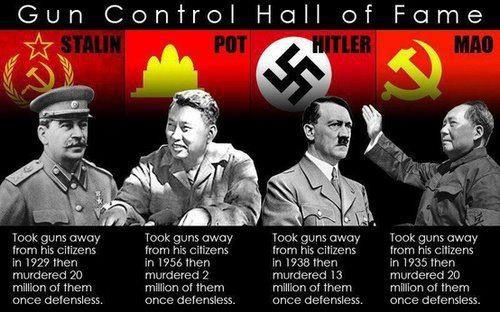 Welcome to the new Fascist Amerika where only those businesses aligning with the goals of our fascist overlords are allowed to succeed. As the WSJ has reports tonight, GE Capital has just cut off all funding to gun dealers across the US:

This month, Glenn Duncan, owner of Duncan’s Outdoor Store in Bay City, Mich., said he received a letter from GE Capital Retail Bank in which the lender said it had made “the difficult decision” to stop providing financing services to his store. Other gun dealers have received similar notices.

With the Senate failing to pass Obama’s signature gun control legislation this week, it appears that the banksters are taking the destruction of the 2nd amendment into their own hands.

As the WSJ reports:

General Electric Co. is quietly cutting off lending to gun shops, as the company rethinks its relationship to firearms amid the fallout from the school shooting in Newtown, Conn.

Bunch of cowards and butt kissers