Government’s Opinion Of You, In Thirteen Words 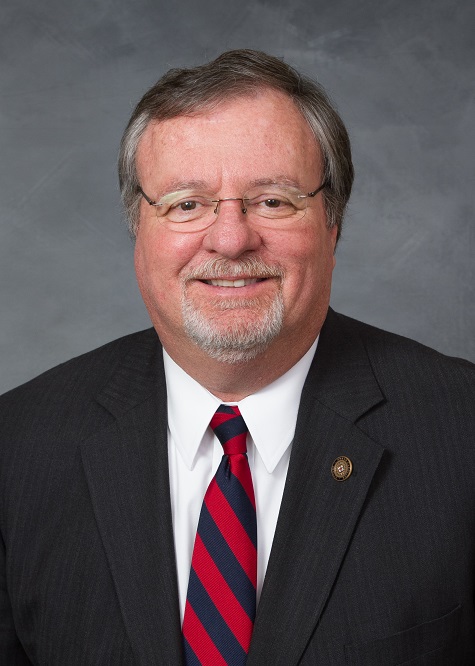 Rarely has a legislator expressed what he thinks of the public with such eloquence and brevity as Republican Tommy Tucker, Chairman of the North Carolina Senate’s State and Local Government Committee.

Challenged by a reporter to record a voice vote on a bill that would allow city and county governments to post public notices, traditionally published in newspapers, in the bottom of a locked filing cabinet stuck in a disused lavatory with a sign on the door saying ‘Beware of the Leopard‘  solely on government websites, so that the Committee’s members would have to own up to their votes, how did Tucker respond?

I AM THE SENATOR.

YOU ARE THE CITIZEN.

YOU NEED TO BE QUIET.

Words fit to be engraved on a plaque, adorning a bronze statue of Tommy Tucker.

I read this, and when I saw it came from BlueNC, the organization that was outed for proclaiming that it’s primary goal was to malign and smear the GOP, I looked a little further into it, and as usualy that’s NOT how this went down, according to other sources. The opposing story went something like this -- Senator was asked a question, was shouted down and interrupted when he tried to answer, repeatedly, then said something to the effect of, You asked me, as a senator, the question. Now let me answer. Sounds a little different, doesn’t it? That said, I haven’t seen any video, and this guy could be a total a-hole. But BlueNC and NCProgress were the sources, from what I understand, then the Charlotte newspaper jumped on board.

clarification -- I initially read it from another site.

I was sent this from another III Percent blogger to post. Since I know that both parties have destroyed our country, I do not care about the blue or red sources. Whatever the circumstances, the elitist response to a “serf” seems self-evident to me.

I know that you are against both parties, but people shouldn’t perpetuate false propaganda, knowingly. The left has succesfully waged the propaganda war for decades, so I suggest that you SHOULD consider the source, if it comes for a Soros-backed organization. But hey, it’s your site…I’m just saying…don’t become a useful idiot of Soros & Co.

I am considering the source much better now.

well, I think that ultimately you want to post the truth -- period. Otherwise the site loses credilbility. Like I said, I haven’t found video to support this, OR to refute it. But I DO know that BlueNC and NCProgress have an agenda sponsored by the enemies of this country.

From the About Page on NCRenegade

NC Renegade receives tips and information from various sources. Some of these sources do not want their name associated with the article. In the past, I have been posting these anonymous articles under my account. It has been brought to my attention that this practice makes it appear that I endorse the viewpoint in the article since my name is listed as the author. As of 11/25/2012, these articles will be posted under an “anonymous” account.

I changed the post to be anonymous. While I agree that the statement looks to be elitist and condescending, I personally know what can be said by someone when being badgered or baited. Especially when allergies are driving someone crazy.