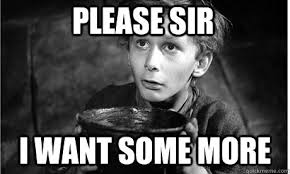 Some HSBC customers have been prevented from withdrawing large amounts of cash because they could not provide evidence of why they wanted it, the BBC has learnt.

Listeners have told Radio 4’s Money Box they were stopped from withdrawing amounts ranging from £5,000 to £10,000.

HSBC admitted it has not informed customers of the change in policy, which was implemented in November.

The bank says it has now changed its guidance to staff.

Stephen Cotton, from Worcestershire, went to his local HSBC branch this month to withdraw £7,000 from his instant access savings account to pay back a loan from his mother.

A year before, he had withdrawn a larger sum in cash from HSBC without a problem.

But this time it was different, as he told Money Box: “When we presented them with the withdrawal slip, they declined to give us the money because we could not provide them with a satisfactory explanation for what the money was for. They wanted a letter from the person involved.”

What would you do if the banks restricted the amount of money that you could withdraw as was done in Greece and by HSBC? Or if the government decided that everyone had to bail in the country by confiscating part or all of your financial assets? Would you have believe that once the government had a complete record of all of your financial assets in order to qualify for Obamacare that the back end to actually interface with the insurance companies was never developed?

It is about the 1’s and the 0’s. Just start putting 2 + 2 together without common core.

US banks are already placing temporary holds on withdrawals over 5000.00usd by enforcing a three day hold on your withdrawal request to get your cash money out of your checking or saving accounts.
You also have to fill out a special Fed bank form requesting your funds, which has lots of personal account information on it.
So, if you need 3000 to 5000 of your own money, be prepared to not be able to get it immediately.

Which is why people should start building a physical supply of money (and other essentials).