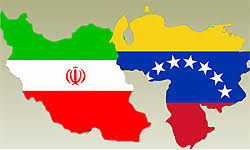 During the last couple months, Iran and Saudi Arabia have been playing a political tug of war over Latin America. On November 10, 2015, Iran’s deputy foreign minister held a private meeting with ambassadors from nine Latin American countries to reaffirm the Islamic Republic’s desire to “enhance and deepen ties” with the region. This was followed by similar statements from Iranian President Hassan Rouhani and Supreme Leader Ayatollah Ali Khamenei at the Gas Exporting Countries Forum (GECF) in Tehran later that month.

The same day, the Saudi Foreign Minister, Adel al-Jubeir, presided over a South American-Arab world summit in Riyadh. FM al-Jubeir, while Ambassador to the United States in 2011, had himself been the target of an Iranian-Latin American assassination plot.

The message of the Saudi summit was clear: An Arab rapprochement with South American countries will increase Iran’s isolation in the world.

Unfortunately for the House of Saud, in South America, they are more than thirty years behind their Persian rivals.

We all are Saudis first - RiyadhVision