Is the Fourth Reich About to Fall? 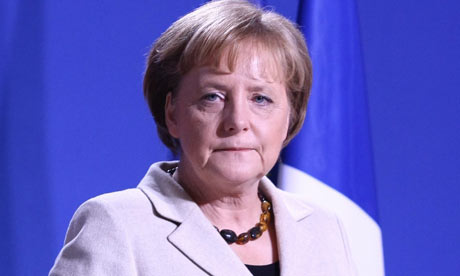 Germany now controls the European Union. For the past two months, Germany and France have been holding meetings to determine the details for the fiscal stability of the EU. Once France’s banking exposure became public knowledge, their credit rating was reduced along with their role in dictating terms for the EU’s future. All decisions were then in the control of the German government.

The news concerning Germany’s economic stagnation has put the entire future of the European Union in doubt. If the rumors concerning a downgrade of Germany’s credit rating are true, “contagion” will consume Europe.

The impact is being felt in our markets today and we can expect the World Bank to step in if this becomes a reality. How much will our current administration be willing to bailout Europe through the World Bank and the IMF? Or should we ask Mr. Bernanke this question when he testifies in front of Congress?

Late addition:  Merkel Declared Most Powerful Woman in The World

“While it is clear that no country is immune from downgrades and that Germany won’t be able to grow forever against the backdrop of a weakening world economy, it seems difficult to see a justification for a downgrade at a time when the economy is expected to post almost 3% growth this year (even after the disappointing second-quarter number) and the deficit expected to fall to little more than 1% of GDP,” said Atif Latif, director of trading at Guardian Stockbrokers in London.

There was also market speculation that governments will harmonize short-selling bans, he noted.

how to become a terrorist