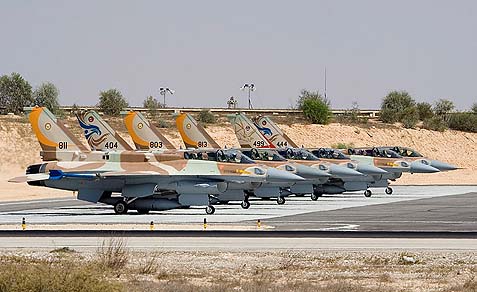 Israeli F-16I Fighting Falcons. According to news reports, the IAF is maintaining an airbase on Turkish soil, from which it attacked Syrian targets on July 5.

Anyone reading the report on this level of cooperation between the Turkish and Israel has to be thinking about their cooperation against Iran.

Israel used a Turkish military base to launch one of its recent airstrikes against Syria from the sea, a reliable source told the Russian news agency RT. Last week it was reported that on July 5 Israeli planes attacked a stash of Russian made Syrian rockets in the harbor city of Latakia, Syria.

News that Turkey assisted Israel in attacking a Muslim state could result in serious repercussions for the Recep Tayyip Erdoğan government, if the information is verified.