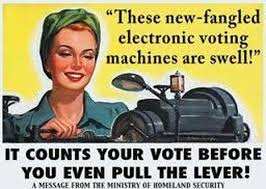 Common sense has prevailed in North Carolina as legislation has been signed by the governor to enact voter identification reform. If you have any compassion for your fellow liberal citizens, now would be a good time to show it since their ability to vote multiple times has been made more difficult (but not impossible).

The rules for voting in North Carolina are about to change.

House Bill 589, which has passed the General Assembly has been signed by Gov. Pat McCrory, will require voters to show photo identification when they go to the polls starting in 2016. It also makes dozens of other changes to how the state conducts elections, which will start taking effect this fall and continue through 2014 and beyond.

The complex 49-page bill also changes the rules for those spending money on elections, the kind of ballots North Carolina voters will use and the rules for early voting. It also requires lawmakers to study a number of other changes that could be put in place. The bulk of the changes found in the bill are related to eight areas: