Now We Know Why Obama Did Not Act in Benghazi 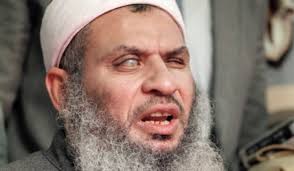 The revelation concerning the death of Ambassador Chris Stevens by lethal injection will become the catalyst for the future of our country. The source of this information is Bill Gertz: his reputation and sources are credible.

Amb. Stevens was overseeing the transfer of weapons to Syria through Turkey which the media and Congress are still ignoring. The scheme to “kidnap” him and then exchange him for the blind sheikh Omar Abdel Rahman could only have come from Obama. This plan was hidden in plain site. From the Wall Street Journal on September 24th, 2012:

Will Obama Free the Blind Sheik?

Are senior Obama administration officials considering transferring to Egypt a poisonously influential Islamist cleric serving a life term in federal prison for trying to unleash a war of urban terrorism in the United States? That’s the impression several officials have given over the past three months, apparently out of fear that if the cleric dies in U.S. custody, American outposts in the Middle East could be overrun by vengeful mobs.

This shows the level of arrogance of this administration. A plan to hand over the mastermind of the 911 attacks to the new Muslim Brotherhood regime in Egypt would have been quite a coup for Obama’s standing in the Muslim world. We would get back Amb. Stevens and the media would extol the president’s actions for being able to make the hard choices.

So the military was ordered to stand down as our military “leaders” impotently watched the attack in real time. But Tyrone Woods and Glen Doherty were not aware of the “plan”. And the efforts of these former Navy Seals changed the outcome of the attack and sealed the fate of the ambassador, Sean Smith and their own.

Where does that leave the president now? The IRS scandal smokescreen will not provide cover for this egregious act of treason. There will be no support for Obama from Congress but the military is culpable. They may have been under orders to stand down but their actions have left them complicit. Obama should be not be concerned about “We the People”, he should be concerned about retribution from the military to regain their honor.

SHERLOCK HOLMES AT BENGHAZI: THE CASE OF THE MISSING STINGERS

Talking points, balking points. Why don’t we treat the Incident at Benghazi as a murder mystery? Let’s forget the Congressional investigation into who changed the talking points. Just make the case simple. Who killed ambassador Chris Stevens?

We could call in the famous fictional detective Sherlock Holmes to help solve the murder. Holmes, who was really the creation of the author Sir Arthur Conan Doyle, when not playing the violin or investigating a crime, once remarked, “When you have eliminated all which is impossible, then whatever remains, however improbable, must be the truth.”

Odd as it may seem, Holmes may have been on the case longer than we know. The blogger Bookworm wrote in 2012 about the incident at Benghazi, “Sherlock Holmes certainly understood that, when wrongdoing is at issue, silence is as significant as noise:”

He continued, “The Benghazi cover-up is so huge that the drive-by media isn’t doing it’s usual lying, puffing, and obfuscation. Instead, it’s fallen completely silent. It is pretending that Benghazi never happened.”
http://www.bookwormroom.com/2012/10/29/is-benghazi-the-most-complete-cover-up-ever/

According to Holmes, what are the impossibilities that must be eliminated to solve the murder of ambassador Stevens? What is the improbably explanation that remains that helps us find the murderers? So far, there have been at least three explanations for the murder of Chris Stevens.

The first explanation is the explanation put forward by the White House. Ambassador Stevens was murdered by a rioting mob that was protesting an anti-Muslim video. This explanation is impossible and has been discredited by most who have looked into the murder. Holmes would soon learn that the attack at Benghazi was well planned and had noting to do with a video.

It would become clear to Holmes that the US Congress is wasting its time looking into the morphing of talking points the administration put forward as a smoke screen. All the while Congress is issuing subpoenas, the real murderer is covering his tracks. Holmes had seen this type of misdirection before.

Next, we have the explanation of a gun running scheme that went bad. Stevens was supposedly involved with members of al-Qaeda in Libya and was illegally moving shipments of guns and weapons, especially ground-to-air missiles, via Turkey to Syria.

A deal was going down at Benghazi the night of September 11, 2012, but something went wrong. The Libyan rebels, who wanted the arms to support the rebels in Syria, then killed Stevens.

Glenn Beck thinks there is something to this explanation. “This is why the White House covered,” Beck claims, “because our ambassador was killed by a guy we were running guns to and we are still running guns today,” If these claims are true, then Congress must make the evidence about the gun running public. Beck should testify and tell us all he knows about the Incident at Benghazi.
http://www.wnd.com/2012/12/glenn-beck-obama-destined-for-prison/

Yet, this explanation is also an impossible cause for the murder of Stevens. Even though we are beginning to learn that indeed there was illegal gun running being done at Benghazi and Stevens, as a supporter of the Arab Spring and the Libyan Revolution was involved in it, where is the motive to kill him?

Why would the Libyan rebels bite the hand that feeds them? Even if the rebels disapproved of Steven’s lifestyle, they had no motive for murder. They were getting what they wanted, either dollars or weapons.

Furthermore, the attack at Benghazi was well planed, financed and executed. It was not spontaneous. Stevens’ would have known a deal was going badly long before the night of 12 September. Gunning running has to be eliminated as an impossible cause for Stevens’ murder.

The most improbable explanation for Stevens’ murder, the explanation that remains, is that Stevens was killed as part of a foiled kidnapping plot. Stevens was part of a plan to kidnap an American ambassador, negotiate his release in exchange for the blind Sheik held in a US prison, and then have the US president emerge as a hero and win reelection.

Holmes was lead to this kidnapping theory by his knowledge of Arabic and his reading of an “al Qaeda-linked website, Dhu-al-Bajadin. The website claimed that Stevens was given a lethal injection that was overlooked during his autopsy.”
http://www.washingtontimes.com/news/2013/jun/4/al-qaeda-weapons-expert-us-ambassador-libya-killed/?page=all -- pagebreak

Furthermore, on October 11, 2012 the author of the blog The Last Refuge claimed, “Benghazi was not an assassination attempt, it was a botched kidnapping…The kidnapping was botched when the two ex-Navy Seals, not aware of the plot, decided to offer resistance…The al-Qaeda goal was to kidnap Ambassador Chris Stevens and ransom him back to the U.S. in exchange for Sheik Omar Abdel-Rahman.”
http://theconservativetreehouse.com/2012/10/11/the-occams-razor-behind-the-coordinated-benghazi-attack-answers-to-the-confusion/

A complex plan, indeed, but it was a plan that could have been executed in far off Benghazi. A good plan, too, except something went wrong. What went wrong was the fact that some Americans at Benghazi who were not part of the kidnapping plot put up a fight.

This fight killed many Libyans. The other Libyans felt betrayed and turned on Stevens to torture and kill the ambassador. No one likes to be double-crossed.

The motive was revenge and they had six hours between attacks to commit murder. There means were the weapons already in their possession. We can imagine Holmes, smoking his pipe and coming reluctantly to this conclusion: Stevens was murdered because the kidnapping plan failed.

All Holmes has to do now is tie up a few lose ends. We will understand now why the US president was not to be found the night the Benghazi incident was going down. He knew about the plan to further his reelection, so he need not be involved.

Once word reached Washington that things were going badly at Benghazi, the last thing the administration wanted to do was to send help. That would make a bad situation even worse. So, a stand down order was issued, with the hope that every thing would work out in the end, or be covered up by death.

As to the video, well that was already set up to offer an explanation for the kidnapping. So why not use it to cover the failure, too? If the kidnapping had been successful and Stevens’ release secured, the media would have focused on the release and would have ignored the video.

After the blanks are filled in and the role of the US State Department in all this is laid out, can you imagine Dr. Watson saying, “Why Holmes, this is brilliant. The improbable has become the actual.”

Now, if we can just get Sherlock Holmes to testify before Congress. Then, we may be able to put this mystery to rest. We will have solved the murder of ambassador Stevens and the case of the missing Stingers.

The Sherlock Holmes explanation leave out one salient point -- Obama and company want to give glory to muslims, and to embolden them to further violence and revolution. A “victory” against the US, no matter how contrived, would do exactly that. IMHO, the only acceptable answer is to execute every muslim (traitor) on US soil, starting with those in the White House, Congress, and the State Department: IMPEACH, CONVICT, EXECUTE, repeat as necessary!

The best way to secure our troops is to return them home to guard the borders.

The Traitor-in-Chief: Why the Military Hates Detests Obama | Truth60

[…] Now We Know Why Obama Did Not Act in Benghazi (ncrenegade.com) […]

This is DISGUSTING! Shame on [president] obama and all of the White House People that were Aware of This [hillary clinton, ect.]. What Other Surprises Do Y’ALL have in Store for AMERICA??? Your Cover Up Scams Are NOT Working Anymore. We Are TIRED Of IT! Maybe now some of these Over Educated People and the Welfare Abusing People will realize there LIVES And AMERICAS FUTURE Is At Stake. The Average, “Hardworking AMERICANS Had Better Sense Than To VOTE For you and your bunch.”