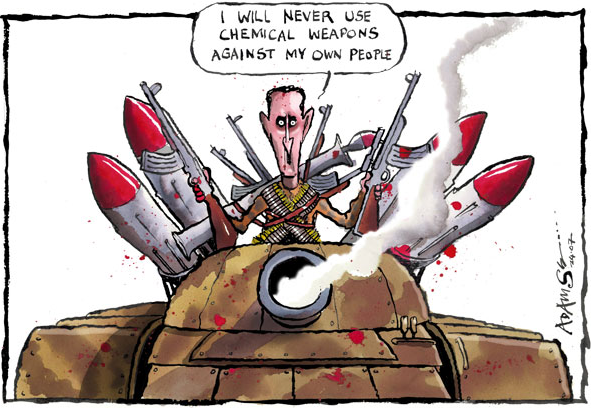 The United States has reached a deal with Russia on Syria’s chemical weapons, President Obama’s ambassador to the United Nations said Thursday.

The U.N. Security Council is scheduled to take up the resolution Thursday evening, Samantha Power tweeted. A vote could come next week.

The resolution does not contain an automatic trigger if Syrian President Bashar Assad fails to turn over his arsenal to the international community, but it would require any punitive action to be considered anew by the Security Council, a Russian demand.

This entry was posted in Editorial and tagged Chemical Weapons, Russia, Syria. Bookmark the permalink.