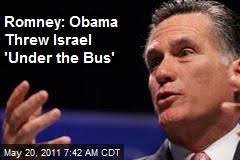 Obama has once again thrown Israel under the bus. The only thing that has changed is the means: Kerry has replaced Hillary. A nuclear Iran? Who said that was unacceptable?

Who is a threat to our national security?

Iranian President Rouhani conspicuously avoided shaking the hand President Barack Obama extended to his government at the UN Tuesday, Sept. 24, by absenting himself from the UN reception for world readers. He made this gesture under strong international spotlight to underscore the value Iran places on being respected as an equal in the negotiations ahead with the United States, Iranian sources stress.

Although his words were relatively mild for an Iranian revolutionary, Rouhani nonetheless made no concessions on Tehran’s fundamentals: “Acceptance of and respect for implementation of the right to enrichment inside Iran and enjoyment of other related nuclear rights provides “the only path to the framework to manage our differences.”

Obama knew the “handshake rebuff” was coming, yet he went through with his announcement of direct engagement with Iran earlier Tuesday. To give his rhetoric weight, he demonstratively instructed Secretary of State John Kerry to take charge of the pursuit of “face to face negotiations” with Tehran.

The link Obama made in his speech between the Iranian and Palestinians negotiating processes as the two focal issues of his Middle East policy was further embodied by his appointment of the same official, John Kerry, to take charge of both tracks. This has placed Israel at a disadvantage on both fronts.

Mr ‘I Won So STFU’ is the biggest internal threat this country has ever experienced. You have hubris, audacity, unmitigated gall, lies, paranoia, coupled to a Messianic complex all rolled into one. Houston, we have a problem.

Houston…can you hear us NOW!