People Are Abandoning Cars On Snow-Covered Roads In North Carolina

Snow is paralyzing North Carolina as the state runs into some of the same traffic problems that plagued Atlanta a few weeks ago.

Some roads in Raleigh, Charlotte, Fayetteville, and Durham are clogged with traffic. People who are on the roads are getting stuck, and there’s a long wait for tow trucks in some areas.

Brad Panovich, a meteorologist in Charlotte, notes that, just like in Atlanta last month, the bad traffic in North Carolina is being caused in part by everyone hitting the roads at the same time.

People went to work early Wednesday morning, but all left at the same time once the snow started falling between 9 and 11 a.m., causing gridlock on the snow-coated roads. Plows are having difficulty treating the roads because of the traffic.

Some people have already resorted to abandoning their cars: 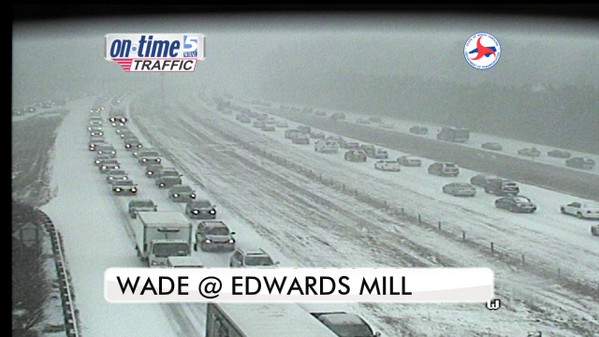