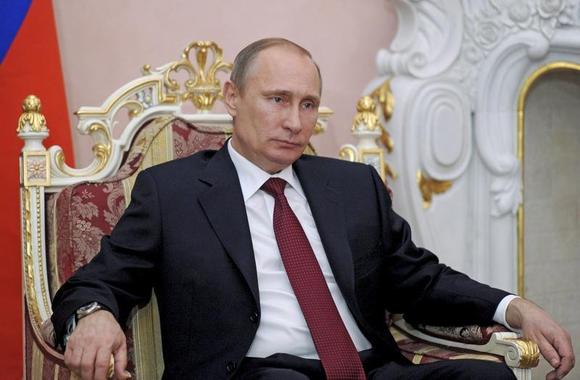 President Vladimir Putin tightened his control over Russia’s media on Monday by dissolving the main state news agency and replacing it with an organization that is to promote Moscow’s image abroad.

The move to abolish RIA Novosti and create a news agency to be known as Rossiya Segodnya is the second in two weeks strengthening Putin’s hold on the media as he tries to reassert his authority after protests against his rule.

Most Russian media outlets are already loyal to Putin, and opponents get little air time, but the shake-up underlined their importance to Putin keeping power and the Kremlin’s concern about the president’s ratings and image.

The head of the new agency, to be built from the ashes of RIA Novosti, is a conservative news anchor, Dmitry Kiselyov, who once caused outrage by saying the organs of homosexuals should not be used in transplants.

“The main focus of … Rossiya Segodnya (Russia Today) is to highlight abroad the state policy and public life of the Russian Federation,” said a decree signed by Putin.

Sergei Ivanov, the head of the presidential administration, told reporters that the changes were intended to save money and improve the state media.

This entry was posted in Editorial and tagged RIA Novosti, v. Bookmark the permalink.