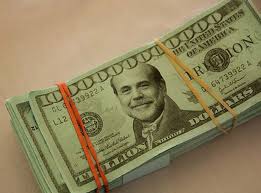 As usual the Federal Reserve media reaction machine has fallen for a poorly executed head fake. It has been fooled by this move many times in the past and for its efforts it has tackled nothing but air.  Yet right on cue, it took the bait once more. Somehow the takeaway from Wednesday’s release of the June Fed statement and the Bernanke press conference is that the Central bank is likely to begin scaling back, or “tapering,” it’s $85 billion per month quantitative easing program sometime later this year, and that the program may be completely wound down by the middle of next year.

Although this scenario is about as likely as an NSA-sponsored ticker tape parade for whistle blower Edward Snowden, all of the market segments reacted as if it were a fait accompli. The stock market, convinced that it will lose the support of ultra-low, long-term interest rates, and the added consumer spending that results from a nascent housing bubble, sold off in triple digits. The bond market, sensing that its biggest and busiest customer will be exiting the market, followed a similarly negative trajectory. The sell -off in government and corporate debt pushed yields up to 21 month highs. In foreign exchange markets the dollar rallied off its four-month lows based on the belief that Fed tightening will support the currency.  And lastly, the gold market, sensing that an end of quantitative easing would eliminate the inflationary fears that have partially fueled gold’s spectacular rise, sold off nearly five percent to a new two and a half year low.

All of this came as a result of Bernanke’s mild commitments to begin easing back on permanent QE sometime later this year if the economy continued to improve the way he expected. The Chairman did not really elaborate of what types of improvements he had seen, or how much farther those unidentified trends would need to go before he would finally pull the trigger. He was however careful to point out that any policy shift, be it for less or more quantitative easing, would not be dependent on incoming data, but on the Fed’s interpretation of that data. By stressing repeatedly that its data goalposts were “thresholds rather than triggers” the Fed gained further latitude to pursue any stance it chooses regardless of the data.

Yet the mere mention that tapering was even possible, combined with the Chairman’s fairly sunny disposition (perhaps caused by the realization that the real mess will likely be his successor’s problem to clean up) was enough to convince the market that the post-QE world was at hand. This conclusion is wrong.

Although many haven’t yet realized it, the financial markets are stuck in a “Waiting for Godot” era in which the change in policy that all are straining to see, will never in fact arrive. Most fail to grasp the degree to which the “recovery” will stall without the $85 billion per month that the Fed is currently pumping into the economy.

What exactly has convinced the Fed that the economy is improving? From what I can tell, the evidence centered on the rise in stock and real estate prices, and the confidence and spending that follow. But inflated asset prices are completely dependent on QE and are likely to reverse course even before it is removed.  And while it is painfully clear that expectations about QE continuance have made a far bigger impact on the stock, bond, and real estate markets than any other economic data points, many must be assuming that this dependency will soon end.