The Mt. Vernon Assembly is well described as “legislators” setting up a kite to keep the hen yard in order 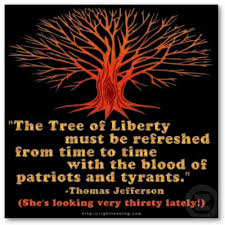 The prelude to a Constitutional Convention was held on December 8, 2013. The following excerpt trumpeting its success and their hope for an Article V convention is written by Michael Farris who did not attend: only state legislators were allowed to attend. The information we received is second hand. The rationale for the author’s support is:

But what’s the alternative?  These fear-based arguments leave us in the utterly precarious position of trusting Washington, D.C., to right itself.

Pathetic. We all know where this is heading. We have had enough distractions, propaganda and political malfeasance. But let’s figure on a best case scenario and some major changes are enacted by the same ruling class that caused the problems initially. We still have put our faith in the federal system of government instead of the original intent of the Constitution with a limited scope of power. We still have a ruling class in Washington, D.C. and we still have a country that is bankrupt 10 times over (at a minimum).

Nullification is the better course of action based on our time, founding principles and original intent. Asserting states’ rights under the 10th amendment is the correct legal argument and our political leaders know and fear this solution. Or course, Thomas Jefferson’s words concerning the original Constitution gives us proper context for our path:

“I do not know whether it is to yourself or Mr. Adams I am to give my thanks for the copy of the new constitution. I beg leave through you to place them where due. It will be yet three weeks before I shall receive them from America. There are very good articles in it: and very bad. I do not know which preponderate. What we have lately read in the history of Holland, in the chapter on the Stadtholder, would have sufficed to set me against a Chief magistrate eligible for a long duration, if I had ever been disposed towards one: and what we have always read of the elections of Polish kings should have forever excluded the idea of one continuable for life. Wonderful is the effect of impudent and persevering lying. The British ministry have so long hired their gazetteers to repeat and model into every form lies about our being in anarchy, that the world has at length believed them, the English nation has believed them, the ministers themselves have come to believe them, and what is more wonderful, we have believed them ourselves. Yet where does this anarchy exist? Where did it ever exist, except in the single instance of Massachusetts? And can history produce an instance of a rebellion so honourably conducted? I say nothing of its motives. They were founded in ignorance, not wickedness. God forbid we should ever be 20. years without such a rebellion. The people can not be all, and always, well informed. The part which is wrong will be discontented in proportion to the importance of the facts they misconceive. If they remain quiet under such misconceptions it is a lethargy, the forerunner of death to the public liberty. We have had 13. states independent 11. years. There has been one rebellion. That comes to one rebellion in a century and a half for each state. What country ever existed a century and a half without a rebellion? And what country can preserve its liberties if their rulers are not warned from time to time that their people preserve the spirit of resistance? Let them take arms. The remedy is to set them right as to facts, pardon and pacify them. What signify a few lives lost in a century or two? The tree of liberty must be refreshed from time to time with the blood of patriots and tyrants. It is it’s natural manure. Our Convention has been too much impressed by the insurrection of Massachusetts: and in the spur of the moment they are setting up a kite to keep the hen yard in order. I hope in god this article will be rectified before the new constitution is accepted.”

I follow the path laid out by Thomas Jefferson’s wisdom. The Mt. Vernon Assembly is well described as “legislators” setting up a kite to keep the hen yard in order.

Reflections on the Mt. Vernon Assembly

Yesterday, approximately 100 state legislators from over 30 states met at George Washington’s home in Mount Vernon, VA.  The meeting’s purpose was to begin drafting the procedural rules for a Convention of States.  I was not present at the gathering (only state legislators were allowed to attend), but earlier in the week I had a face to face conversation with the leadership of the Mount Vernon Assembly.

When trying to repair a complex system, one is wise to start with the least abrasive approach, and incrementally use more abrasive steps, until the problem is repaired. You wouldn’t start with crushing your car b/c you got a scratch on the paint. You might start with something that would preserve as much of the original beauty of the paint as possible, while still being aggressive enough to take out the scratch.

I’m a bit shocked that there are people out there who would rather see some kind of armed rebellion / civil war, which would kill 4-5 million people, if it were ONLY as bloody as the last civil war, versus trying a Constitutional remedy left to us by our Founders. It took them a century to get us to this point. Can we not spend a few years trying to fix it without dissolving the union, and killing off the productive male population?

The only reason our government is complex is because the political class has made it so. Have you seen how short our Constitution is? Compare it to the length of the ACA.

Your argument for an incremental approach is reminiscent of the appeasement policy of Neville Chamberlain with Hitler. If you read Jefferson’s statement concerning lethargy, I believe that is why we are in this position now. Guessing on the amount of casualties is just that: a guess. While no one advocates for war, history shows that the people are not the ones who start or provoke wars, it is our “leaders”. But we have no leaders or statesmen standing up for us, the Constitution or our Liberty. As for numbers, the government has bought over 2 billion rounds of ammunition. Who is preparing for war?

I would advocate civil disobedience as the next step. Stop paying taxes once you have gotten out of the 1’s and 0’s. Drop your health insurance. The government cannot put us all in jail because all of our jails are overcrowded. Does this sound like a free country? Instead, they will steal your assets through fines for your supposed crimes. Have you seen the DHS definition of domestic terrorists?

Our Constitutional remedy is simple: follow Article I, Section 08. But we do not follow the Constitution or have the rule of law necessary for a Republic. Churchill figured it out and look at the cost of lives due to appeasement to tyranny. If you think this is fearmongering, here is a simple test. Write down what you think are the list of grievances against our government as our founders did in the Declaration of Independence. Then try to put yourself back in 2008 and think what you would have done then if you knew what was coming.

Anyone who believes that the same “leaders” who put us in chains will be the same ones who will free us is [fill in the blank].

I get your point. And, I am certain that those guys would have revolted long, long ago. I am just of the mind that we should at least try to remedy the situation via the Constitution, since there is a remedy in there. I don’t believe we could have survived, and prospered for as long as we have as a nation, without at least the concept of Federalism, as dead as that may be now. It would be nice to preserve as much as we can, since the population is such a huge part of the problem.

Do we want the same people who voted for all the sh&* they’re imposing upon us now, participating in setting up a government from the ground up? I don’t.

No one is addressing the real points. The nation is divided on purpose by our leaders: workers and looters. The country is bankrupt. The country is so large that it is already starting to balkanize. What do we have in common with Detroit, New York or San Francisco.

We also have to face the fact that our “government” is preparing for civil unrest. The militarization of our “police” and the illegal surveillance by the NSA are part of this fact.

Do you hear even one politician with a plan to address our national debt? Other than devalue our assets by devaluing the dollar, nothing is put forward because there is none. What happens when the economy collapses?

Balkanisation, indeed. When the constitution was passed, there were only 13 states with a total population of about 3.5 million.

State sovereignity is only possible when the states control the fed. As long as the fed is seperate from the states, as it is under the Constitution, it will have supremacy.

Yes. . .The economy COULD collapse while we’re trying to use Constitutional methods to fix Washington. But the economy, and the country WILL collapse if there is a civil war. Do you think other countries will stand around and do nothing while we sort out our little disagreement internally?

Look what the world is doing now, just because we have an incompetent President. What you’re talking about would cause global catastrophe, and all out world war, with horrifying (likely thermonuclear) consequences.

Think it out logically.

The logical conclusion is that there will be a worldwide economic collapse. But I will support any plan that will pay off our debt if anyone has one. How hard can it be to pay off over $100 trillion US debt and over $2.5 quadrillion worldwide debt?

Point taken. Thanks for the discussion.

David … isn’t a kite the most literal representation of our subjugation, an icon for our age ?

Every time we have taken our grievances to Washington, haven’t we been told: ‘go fly a kite’ ??

From Jefferson’s quote:
“in the spur of the moment they are setting up a kite to keep the hen yard in order”

I would replace hen yard with pig sty and it is time to feed the hogs.

Taking the quote more seriously, the “kite” referred to by Jefferson is actually a bird of prey that feeds on smaller birds (hens).

Ref. Webster 1828 … KITE, n. A rapacious fowl of the genus Falco or hawk, remarkable for gliding through the air without frequently moving its wings; hence called glide.

Proper historical context makes the quote more relevant … retrofitting DC with a new predator to guard the flock … equivalent to a ‘fox guarding the henhouse’.

I believe this interpretation is correct. Surprising how the entire passage’s context has been suppressed by only reading a small portion.

It appears the kite eventually became an eagle watching over us which how now become a vulture feasting on our bones.

Excellent article, David! I wish more news outlets were reporting this historic event and its dangers. I side with nullification. Farris has too much trust in politicians.