The Other Verdict in the Trayvon Martin Trial 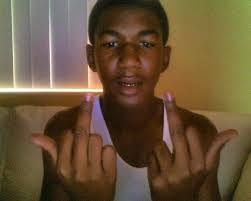 After four days of deliberation, the jurors reached a verdict that was expected by the trial that has captured the nation’s attention. Trayvon Martin was found guilty of murder in the first degree in the death of George Zimmerman. Mr. Martin had hoped to be tried as a minor since he was only 17 when he was arrested, but the death of Mr. Zimmerman by having his skull smashed repeatedly against a concrete pavement left the nation outraged. At first, there was little attention given to what was just another case of black on white crime. When the media found out the he was actually Hispanic,  a few local Florida affiliates picked up the story.

But the details released by the glory seeking Rachel Jeantel two months after the death, opened this case up for national attention as a hate crime. Mr. Martin’s attack was predicated on the premise that Mr. Zimmerman was a homosexual who was stalking him. Once the scrutiny started, the facts about Mr. Martin painted a picture of a troubled youth who allegedly was in possession of stolen property, was in trouble at school and regularly used drugs. The admission in court that Mr. Martin used the drug concoction known as Lean (Skittles, Arizona Watermelon drink and Robitussin) will probably be used as a mitigating  factor in the sentencing phase of this trial. Lean is known to produce psychosis and aggressive behavior which would account for Mr. Martin’s actions in this matter. The admission that he also used marijuana and had THC in his blood at the time of the murder will probably have little impact in his sentence.

This trial also will have national impact due to the nature of social media information that was used to determine the drug use in this case. It was initially thought that Rachel Jeantel may be called as a hostile witness but she was all too willing to give up her friend. The ruling by the judge on the 5th amendment and its application on Twitter in particular, may becomes grounds for an appeal.

While this is obviously a work of fiction, I have to wonder what Eric Holder and the president would have done if this very probable scenario had happened.