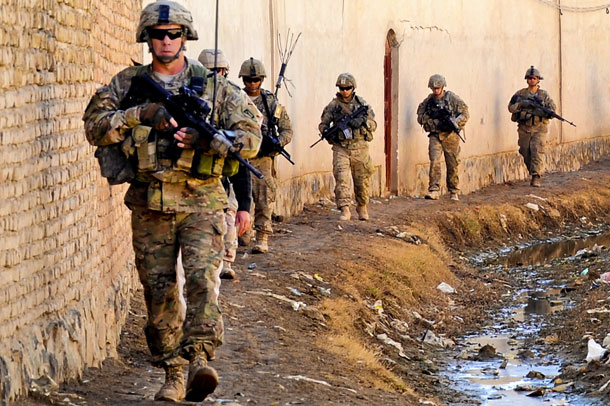 The manhunt for the Boston Marathon bombing suspects offered the nation a window into the stunning military-style capabilities of our local law enforcement agencies. For the past 30 years, police departments throughout the United States have benefitted from the government’s largesse in the form of military weaponry and training, incentives offered in the ongoing “War on Drugs.” For the average citizen watching events such as the intense pursuit of the Tsarnaev brothers on television, it would be difficult to discern between fully outfitted police SWAT teams and the military.

The lines blurred even further Monday as a new dynamic was introduced to the militarization of domestic law enforcement. By making a few subtle changes to a regulation in the U.S. Code titled “Defense Support of Civilian Law Enforcement Agencies” the military has quietly granted itself the ability to police the streets without obtaining prior local or state consent, upending a precedent that has been in place for more than two centuries.

The most objectionable aspect of the regulatory change is the inclusion of vague language that permits military intervention in the event of “civil disturbances.” According to the rule:

Federal military commanders have the authority, in extraordinary emergency circumstances where prior authorization by the President is impossible and duly constituted local authorities are unable to control the situation, to engage temporarily in activities that are necessary to quell large-scale, unexpected civil disturbances.